We asked one of our clients to give us their impressions during a China factory visit during a buying mission recently. Read below to get an idea of how they felt during this trip. This is one of a series of blogs that we will title: Buyer Diary.

Today ODM is going to bring you through the production process of an action figurine. To make it more comprehensible, this blog will be organized into 3 stages. Firstly, we will explore the different types of materials that could be used for production. Next up, we will look at how some of the price factors affect the overall cost. Finally, we will reveal the complexity of the production line and understand the manufacturing process of an action figurine. So let’s begin! 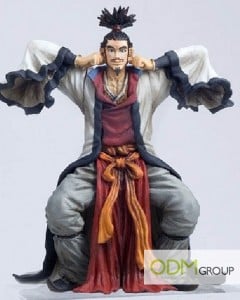 Basically ABS (Acrylonitrile butadiene styrene) and PVC (Polyvinyl chloride) are two types of raw materials that could be used for the production of an action figurine. If those materials sound alien to you,  read on to have a better understanding!

ABS is a material that is commonly used for underground pipes. Some other products like your golf club heads, luggage, protective headgear and Lego toys are also made of ABS. When compared to PVC, ABS is more rigid and a lot tougher. Thus, it definitely has a higher durability against force and impact. On the other hand, its rigidity also makes it less suitable for figurine production. This is because some of the many tiny and fine details are difficult to be produced with rigid materials. As such, ABS is rarely used in the production of figurines. Moreover, when an ABS material is used for production, the end result will be a hollow product.

On the flip side, PVC is softer and more flexible. You can find PVC in almost every plastic product like pipes, toys, cars and etc. It is more commonly used in plastic products as it allows more flexibility. The other reason is also because PVC incurs a lower cost as compared to ABS which is slightly more expensive. And most importantly, it is an ideal material for the production of action figurines. Its flexibility allows it to be liquefied and moulded into any possible shape to create the most detailed part of the action figurines. So in terms of production, PVC is definitely the most suitable material.

As mentioned above, PVC is certainly a cheaper alternative. The pricing of the action figurines also depends on the weight of the end product. The heavier the product means more raw materials are being used. In other words, price would increase with the amount of material used.

Colour also plays a vital part in the pricing of the action figurines. A general rule is that prices will always increase according to the number of colours involved. This is the same for any other kind of printing.

Lastly, the pricing of the action figurine also boils down to the complexity of the action figurine. An additional curve or detail on the figurine would incur an additional cost to produce it. The more complex it is, the more effort is required to create and produce each element. And more often than not, these minor details are labour intensive which in turns lead to a higher production cost. Although two figurines might appear to be the same, the figurine with more features and details would definitely cost a higher price. So to minimize cost, you could choose to use PVC over ABS. Minimizing the number of colours and details on your figurine also helps to lower the potential cost!

The Manufacturing Process of an Action Figurine

The production of an action figurine is pretty complicated. So we should never underestimate the effort that it takes to produce a perfect action figurine. Every feature and detail requires a different mould to produce it. For instance, in order to produce a Ninja figurine with a sword. The factory needs to open different moulds for the head, the body, the arm, the leg, the sword and etc. On top of that, when it comes to painting, a different mould is also required to mask the parts and produce an accurate painting. All in all it is a complicated production process that requires a lot of effort and time. 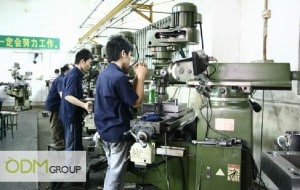 Before opening a mould, factories would first make a sample of the potential product. If all is good, they would proceed on with moulding. First of all, factory workers will have to use a specialized machine to cut the moulds into parts that shape the action figurine. After that, some final adjustments are made to add on the additional details. And of course, all these have to be done by hand. The mould of the figurines is divided into two halves. When the factory starts production, each half of the mould would be coordinated to connect and form a full mould. In lament terms, the mould will be closed like a clam. 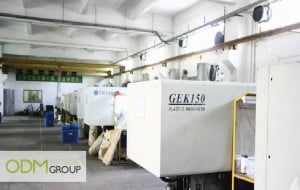 Over here PVC will be injected into the mould at extremely high temperature. The PVC is first melted at high temperature and injected into the mould. The machine then cools the mould to harden the liquefied PVC. When the parts are hardened, you could actually see a seam line that connects both halves together. Different parts of the figurine are made separately, polished and assembled after painting is done. 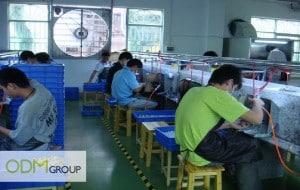 Moving on to painting, the factory would first mix the colours to get a perfect blend. There are two ways to paint the figurines, one is with the help of an airbrush and the other is purely by hand. Sometimes a mask is needed to cover parts of the figurines. This is to prevent certain parts from getting painted. The figurine is placed in a mould and the paint is painted over the mask. This masking process is only required for detailed painting like buttons and ribbons. 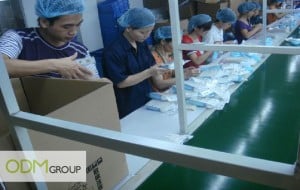 After all individual parts are moulded and painted; the next process would be to assemble them together. The assembling stage is the most labour intensive process. Assembling is purely done by hand. Machines are not ideal to carry out this process. Strong glue is used to assemble each part and special mould or stands are used to ensure the assembling angles are all the same. Bit by bit, the factory workers will assemble the parts and produce the final product which will then be packaged and be ready for shipment. 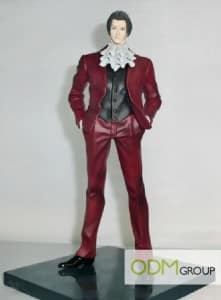