Every year, citizens of Mainland China and Hong Kong enjoy a couple of days off and celebrate their favorite Festivals. However, this might cause potential manufacturing delays because factories will stop work to commemorate these occasions and spend time with their families. The promo gift industry is a seasonal business and industry. Therefore, it is crucial to take note these dates to ensure that you can plan in advance and have a smooth manufacturing process without any hiccups.

* Coronavirus means that CNY shut down till approx 15-20th Feb, 2020 for many factories.

Early in the outbreak, China imposed tough travel restrictions and factory suspensions due to the corona virus situation in China. In an effort to control the virus, more than half of China extended the lunar new year holiday by at least a week. As a result, many factories have ceased operations for most of the first half of 2020.

Factory workers are returning to their jobs and factory lights have been turned on again. These first steps are positive changes towards a return to economic growth.

The Mid-Autumn Festival is held on the 15th day of the 8th lunar month, falling on 1st October this year.

This day is also known as the Chinese Moon Festival, at this time of year the moon is believed to be at its fullest and brightest. In Chinese culture, the full moon signifies reunion, so Chinese families reunite and enjoy reunion dinners together during this national holiday.

This yearly tradition means that production will completely cease during this holiday.

This year this holiday falls on 1st October to 7th October. During this week, factories and operations will close, returning on 8th October.

How does Chinese National Day holiday affect my production and shipment?

The Chinese National Day holiday 国庆节 falls between the 1st and 7th, 2020.  It marks the 71th anniversary of the founding of the People’s Republic of China on October the 1st 1949. It is also the second of two ‘Golden Weeks’ during the Chinese calendar (the other being the Spring Festival 春节, which marks the Chinese New Year).   Our message to clients in advance of this and all holidays is clear.. 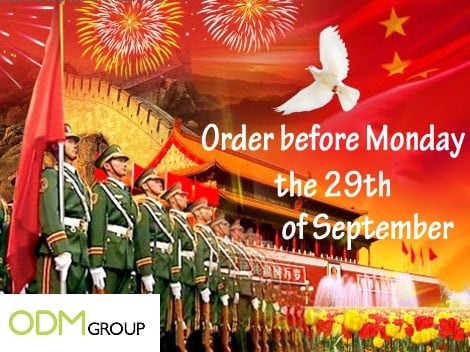 How does Chinese National Day holiday affect my production and shipment?

Thanks to Western influence, in recent years, Christmas is becoming more and more popular in China. For now in the Mainland it is celebrated with interest in large cities where a large number of expats live, and Western traditions are widely spread. 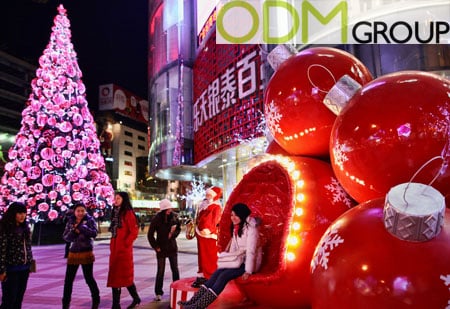 The Chinese National Day holiday 国庆节 falls between the 1st and 7th October 2015.  It marks the 66th anniversary of the founding of the People’s Republic of China on 1st October 1949. It is also the second of two ‘Golden Weeks’ during the Chinese calendar (the other being the Spring Festival 春节, which marks the Chinese New Year).

During this time, factories will be shut. ODM Asia will also be closed between these dates, with operations continuing from October 8th. 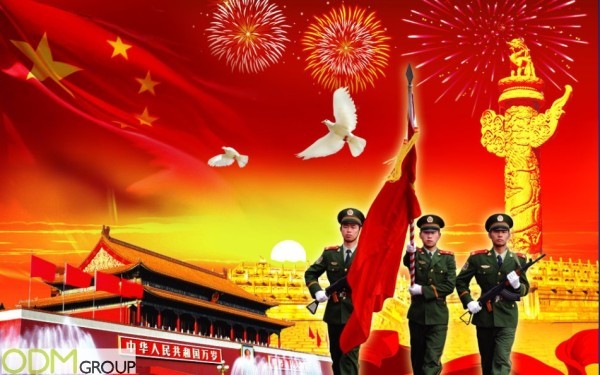 This week will be the 70th Anniversary of the end of the Second World War and the defeat of Japan in China.

During this time all businesses will be closed from Thursday 3rd till Saturday 5th September, with businesses resuming normal operations on Sunday 6th. Please note this can mean disruptions to shipping, production and procurement for the loss of three days.

ODM Asia will be closed during these times but will be resuming operations from Sunday 6th September. 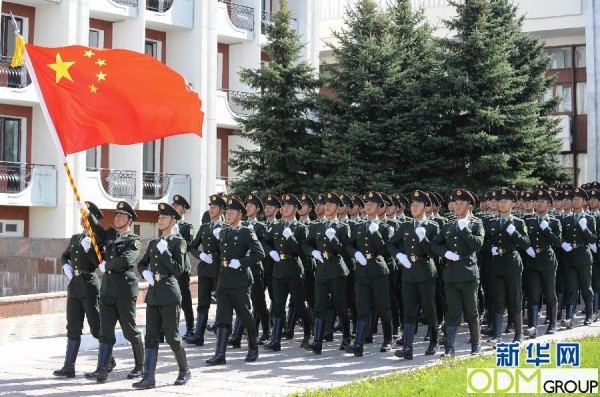 The Chinese Dragon Boat Festival, otherwise know as the 端午節 (Duānwǔ Jié), is a holiday that’s primarily celebrated in China, Hong Kong and Macau. During this popular festival, locals will race each other in dragon shape boats.

The ODM Group will be closed on Monday, 22nd June for the Dragon Boat Festival, and will re-open on Tuesday, 23rd. 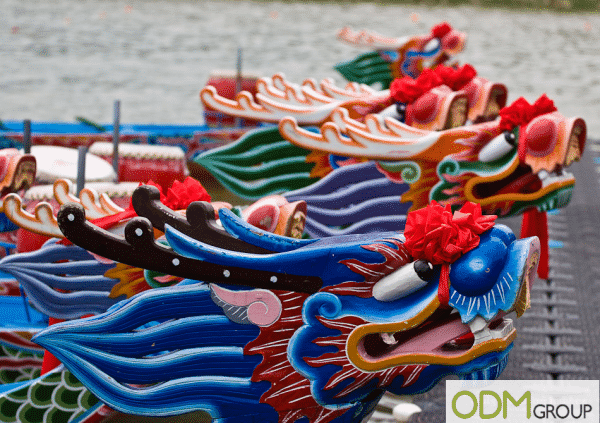 The promo gift industry is a seasonal business and industry. Therefore there is a need to take note of the public holidays and festivals throughout the year!

We have listed the public holidays for 2014 in Hong Kong and China here for your reference! This will certainly come in handy when you are planning your promotional gift campaigns or when you are heading to these countries for business trips. 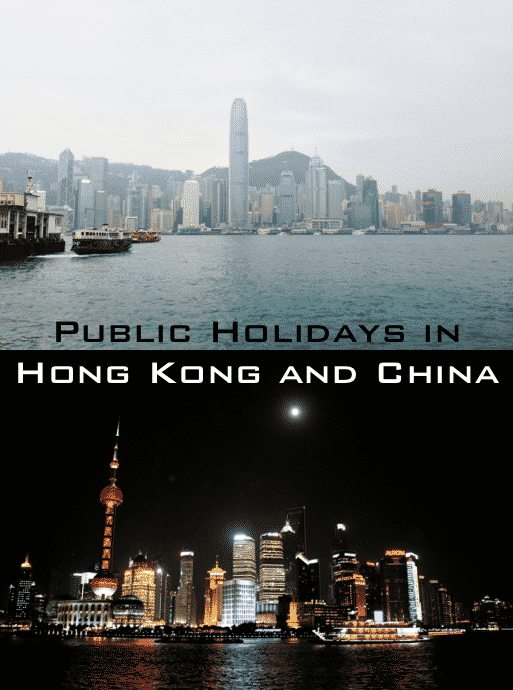 
Commemorated on the 5th day of the 5th month in the lunar calendar, The Chinese Dragon Boat Festival fell last on June 23 rd 2012.

This celebration is known to the Chinese as an occasion to ward off diseases and for protection against evil.

Many traditional customs and activities are held on the specified day by people in China and even by some people in neighbouring countries. Among these customs are dragon boat racing, eating zongzi, wearing a perfume pouch, tying five-colour silk thread and hanging mugwort leaves and calamus. 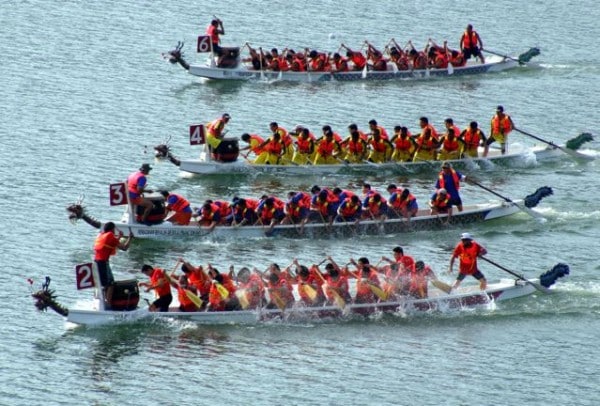 When shops are full of Easter eggs you know that it will soon be Easter. Easter is one of the many public holidays in Hong Kong. So do take note that our Hong Kong office would be closed on the following days:

Easter is one of the most largely celebrated festival in Hong Kong. It is also the most important Christian festival. During the Easter celebration, Christians attend special services at churches to honour and recognize the resurrection of Jesus Chris. 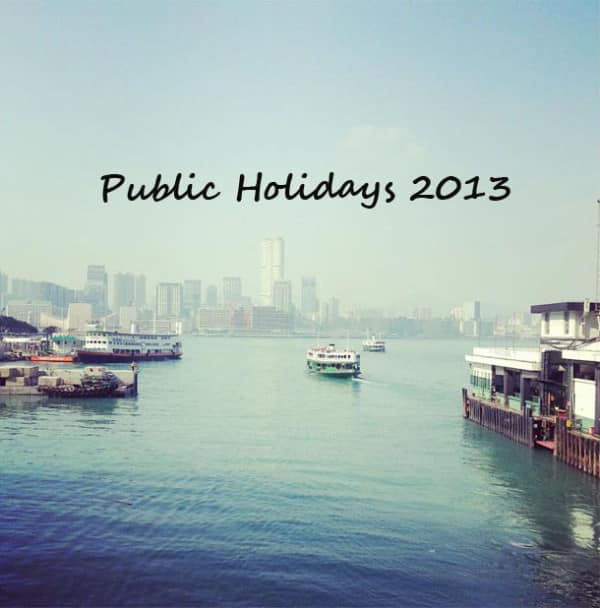 2013 Holidays Hong Kong – It would be an exciting year for Hong Kong in 2013, with all the thrilling events lined up!

Let us look at the public holidays in Hong Kong for 2013!

2013 Holidays China – As Christmas bells ring and the New Year season arrives, the world will officially bid 2012 goodbye. Counting down to 2013, we’re sure that everyone is looking forward to the holidays! Before touching on the holidays in China, let us talk about the year 2013 and how it relates to the Chinese calendar. The Chinese calendar starts the year off on February 10, 2013, which explains the Chinese New Year festival. The coming year is the year of the snake, ending on January 30, 2014. 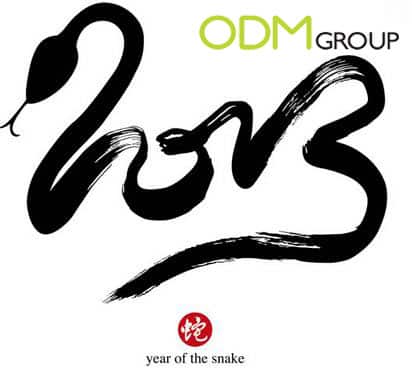 Hong Kong Special Administrative Region Establishment Day is celebrated every 1 July. This year marks the 15th anniversary and it seems that HK is really getting geared up to celebrate in fashion.

ODM’s Hong Kong office will be closed on Monday, 2 July for this bank holiday long weekend. For any urgent inquiries, please feel free to contact ODM offices in Singapore or China. 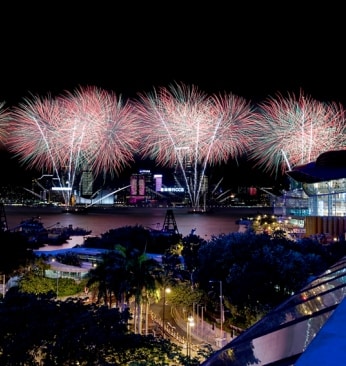 This coming Tuesday, the 1st of May, is Labour Day – a public holiday in Hong Kong, China as well as Singapore. As such, all our offices will be closed and would only reopen the following day.

Labour Day, also known as May Day and International Worker’s Day in other countries, remembers the various protests and riots organized by workers in different parts of the world every other year on the 1st of May, to fight for better work-life balance and working environments.

This official Chinese factory holidays for workers are usually honored by featuring elaborate military parades but in some parts of world, by political protests and rallies. However, most workers would take this day as a break from a hectic week at work. 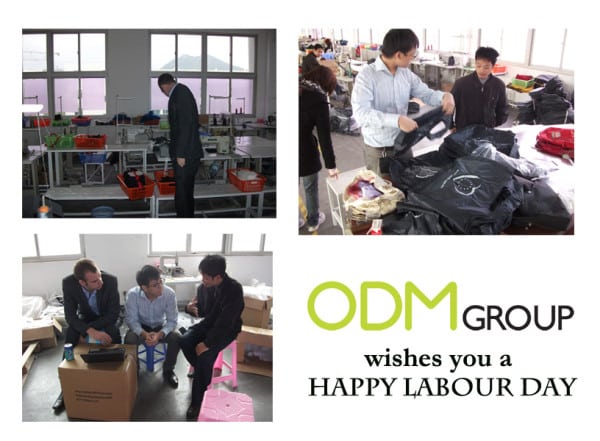 Next week is the festival 清明节 in China, a celebration of elders and the symbolic sweeping of grave stones.

Because of this impending festival all businesses will be closed next Monday, Tuesday and Wednesday, however the weekend of the 31st of March will be normal working days.

This can mean disruptions to shipping, production and procurement for the loss of three days.

Please note that ODM Hong Kong & Singapore will be open for this holiday, however ODM Zhuhai, Shenzhen and Shanghai will all be closed for the national holiday. 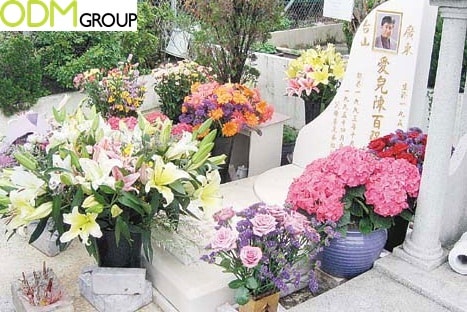 China enjoys a certain number of days off and festivals every year. During these days, most of the factories and offices are closed. So we propose you this calendar listing the major events in Hong-Kong and Mainland China for 2012, to be sure that you will be up-to-date and able to plan ahead for potential production delays.

Global Product Sourcing- Why is the Price of Raw Materials Increasing?

What is new in the global product sourcing industry? The price of raw materials, particularly copper, has increased amid the pandemic. Here's why: One of the most widely used metals, copper has [...]

WAREHOUSING IN CHINA: The Perfect Solution?

Improve business efficiency today with less time and money wasted. All done with warehousing in China! A ton of elements considered in regards to storing goods. For example, security levels, locations, etc. [...]

The foreign trade industry in China has been facing hard times recently. Containers are increasingly difficult to order, which has led to shipping container rates soaring 4 times its original rate [...]

ODM visits a wide variety of factories in China each month. Hence, on this trip, we notice how important it is to ensure checks and learn more about mass production. For instance, [...]

Learning about custom sign manufacturing will be today’s agenda! The ODM team in China has recently visited one of our Zhuhai suppliers to find out more about its processes. In this trip [...]

Using branded kitchenware is a great way to promote your brand. Not only are they practical, they often comes with various functions that makes your customer's life more enjoyable. On top of [...]

What is Good Manufacturing Practice?

Good Manufacturing Practice, also known as GMP, is a regulation that guides the production and quality management of food, medicine, and medical products. It is a set of mandatory standards applicable to the [...]

The 128th Top Promotional Products Show: Canton Fair, brought to us many new and innovative products. Here is the list of the Top 65 promotional products for business! There are so [...]

In a time like Covid-19, help protect yourself and others with these electronic promotional sterilizing products! The world is increasingly becoming more concerned about the health and safety of one another. [...]

The 128th China Import and Export Fair, also known as the Canton Fair, was held online from October 15th to 24th. And of course, it is the top promotional products show in [...]

What are the main holidays and festivals in Mainland China?

What are the main holidays and festivals in Hong-Kong?