Buddha Bathing Festival for His Birthday!

Buddha is a distinct religious figure. Not many people can claim to have their birthdays celebrated like a festival more than 2,500 times. At the same time, not everyone can be widely known as the founder of one of the major religions in the world. Except for Buddha – a deity whose temples are frequently visited by devotees every year on the eighth day of the fourth Chinese lunar month to honor him on his birth date. 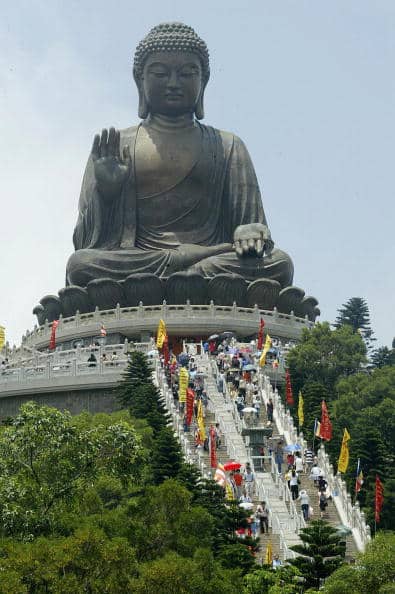 Siddhartha Gautama, who was later referred to as Shakyamuni Buddha, is the founding father of Buddhism. He is the Supreme Buddha. His name – Buddha – is defined as the “Enlightened One”. The Buddha Bathing Festival is a tradition that Buddhists practice on his natal day. This is one of the most spiritual and unique celebrations in Hong Kong.

How Do People Commemorate the Buddha Bathing Festival?

During this wonderful commemoration, devotees gather at Buddhist temples across the globe to pay their respects to this revered deity. As part of the ritual, they bathe his little statues with wooden bowls of aromatic water. This custom is believed to aid in the purification of one’s soul. 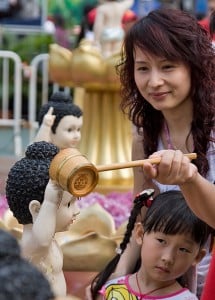 His Special Day is a Public Holiday

Hong Kong, Macau and South Korea are the countries that highly acknowledge the Awakened One’s birthday. In fact, they have such regard for it that they have made it a public holiday. At the renowned Po Lin Monastery in Lantau Island, Hong Kong, you can find a statue of Buddha that is larger than life. You are welcome to climb up its hundreds of steps and join the celebration!