In 2014, Germany’s national soccer team (DFB) won the world cup in Brazil. After a 1:0 victory against Argentina, they came back to Germany with the trophy. Now, one year later they started a raffle in which you can win different promotional products with a DFB branding. In this campaign, they promote to visit their games in the qualifiers for the European championship. 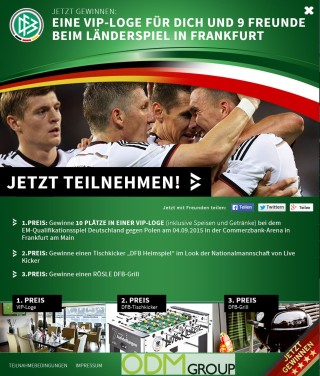 Which branded products are winnable?

The first prize is a VIP box for the game against Poland in Frankfurt. All soccer fans want to see a game in such a VIP box, so there will be many participants at the ruffle.
The second prize is a branded football table with the DFB logo. 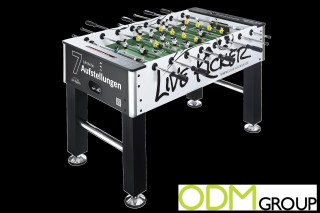 As the DFB is a soccer team, they have offered a branded football table as a great way to increase costumer recognition. Such football tables are often in bars, so the branding on it will improve the attention for the matches of the team. 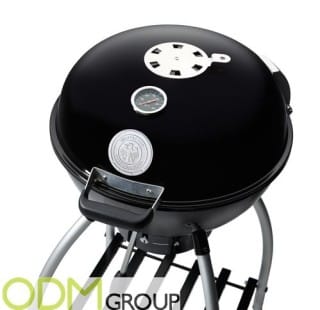 The third prize is a branded barbecue. Many soccer fans love to have a barbecue and a beer when watching matches. That’s why a branded barbecue is the perfect promotional product for soccer.
Many fans will participate at the ruffle to win the barbecue or the football table. Even if they don’t win, some will buy one of the promotional merchandise. Another big benefit is that the increased recognition for the matches will allow for long-term rise in the ticket sales for the matches.

Interested in how promotional products can complete your marketing idea and increase your sales? Feel free to contact us, to learn more about the benefits of branded merchandise.

If you want to learn more about promotional products, check out one of our represented ideas: