Since its victory in the recent Super Bowl 2012, many New York Giants promotional products and merchandise has been introduced to the market. One of such products is the Porcelain Stein, good for the die-hard fans and collectors. 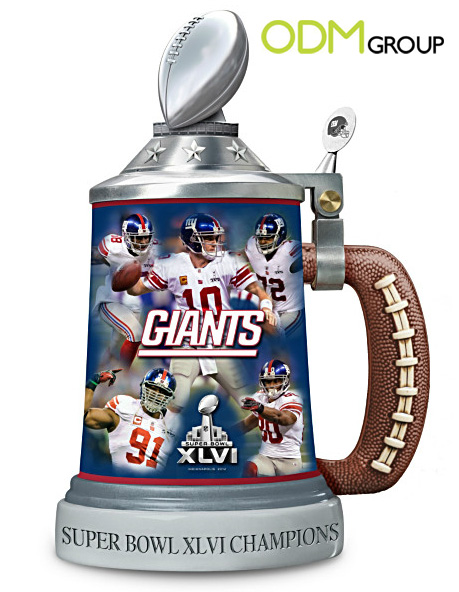 Only 5,000 of such steins will be produced, as part of the limited edition official National Football League (NFL) merchandise. Grab yours now at this website to be part of this joyous celebration!

It is a product worth collecting because it contains many pictures and information about New York Giants in the recent Super Bowl. The line, ‘Super Bowl XLVI Champions’ is also debossed on the stein to increase the perceived value of this product.

Have a look at some other sports-related merchandise we’ve noticed before..