We recently spotted this picture of the drink menu at the premiere of HBO’s Boardwalk Empire Season 2 sponsored by Canadian Club whisky. This picture made me think of all the cool gifts that the whisky company could use to promote their brand in association to HBO’s acclaimed fall season. 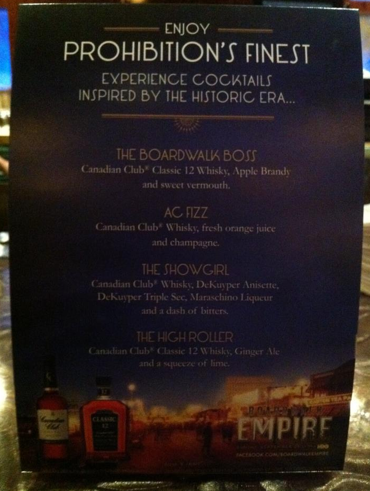 The picture above indicates the drink menu available at the premiere, all the drinks are inspired by the prohibition era, the theme of the show. All drinks are Canadian Club whisky, this is a great event for the brand and a large opportunity to that can be marketed upon. Millions of viewers are watching the show on a weekly basis and more fans will join over the years. Canadian Club should see this as an opportunity to launch promotional campaigns using the Boardwalk Empire theme. The first things that comes to mind is to make some prohibition era design shot glasses! 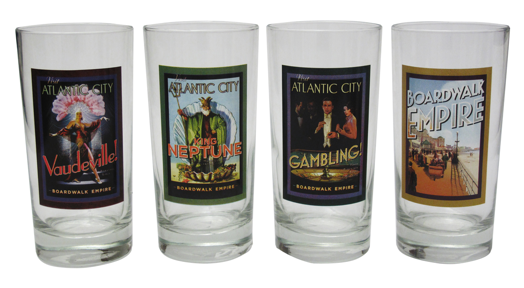 Other products such as ice buckets, on pack pourer, glasses, ash trays, bar mats or even cigar cutters could be used in a GWP campaign. Canadian Club Whisky could offer a gift with the purchase of a bottle or a deluxe set with a higher end gift. The brand has the opportunity to launch a thrilling promotional campaign that will help them compete against the competition by using this promotional edge.

Check out some more of our alcohol related blogs below for more promotional campaign products and ideas: