Canton Fair 2014 is currently being held in Guangzhou, China. During the months of April and May. It is the largest import and export trade fair in the world. If you are looking for the newest and innovative  promotional products the Canton Fair is the place to be. From Zhuhai to Canton Fair 2014 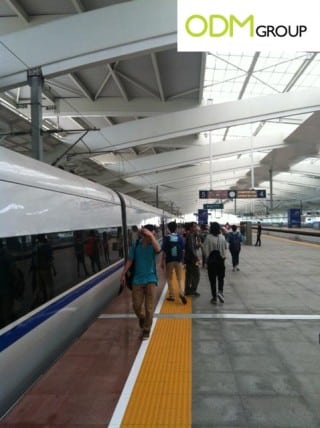 From Zhuhai to the Canton fair in Guangzhou is a simple journey. First you take the train from Zhuhai Railway Station ( 珠海站) to Guangzhou South Railway Station (广州南站), it takes roughly one and a half hour and it costs 70,- RMB one way. After you arrive in Guangzhou you hop on the Guangzhou Metro. Take line 2 in the direction of Jiahe Wanggang and change at Changgang Station to line 8 in the direction of Wansheng Wei Station. Then you can exit at Xingang Dong Station for the Canton Fair..

Inside the Canton Fair 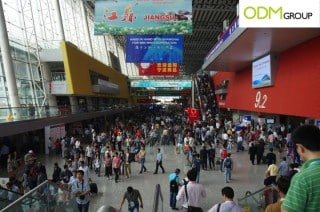 The canton fair is divided over 3 weeks in 3 phases.  During the first phase of the canton fair it is mainly about  machinery, building materials and consumer electronics. For ODM this phase is interesting in terms of the production materials and machinery for producing promotional products. For consumer electronics there was a wide range of interesting new products. 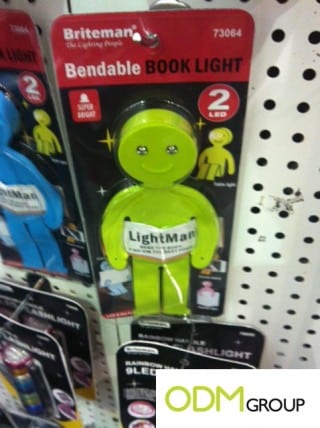 For example these interesting looking bendable book lamps. They have a cool looking design and are great promotional products for attracting new customers. 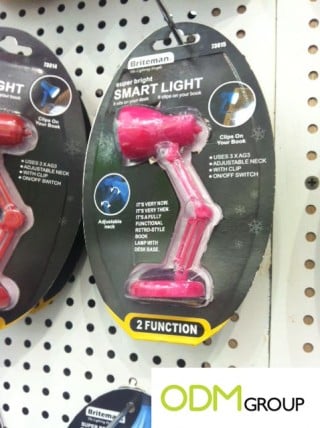 Visiting trade fairs is a great way to find interesting new promotional products and it is a great place to generate new ideas to offer customers. Furthermore it is a great opportunity to come in contact with new customers and suppliers.

If you would like to know more about the Canton Fair or promotional products do hesitate to contact us or our design team at Mindsparkz.