Coca Cola is now offering a zipper recyclable bag with a few bottles of 1.5 litres Coca Cola bottle purchased, as a marketing campaign. Spot this promotion going on in Hong Kong supermarkets and be sure to grab yours before they run out of stock!

Take a look at the marketing campaign launched by Coca Cola in Hong Kong! 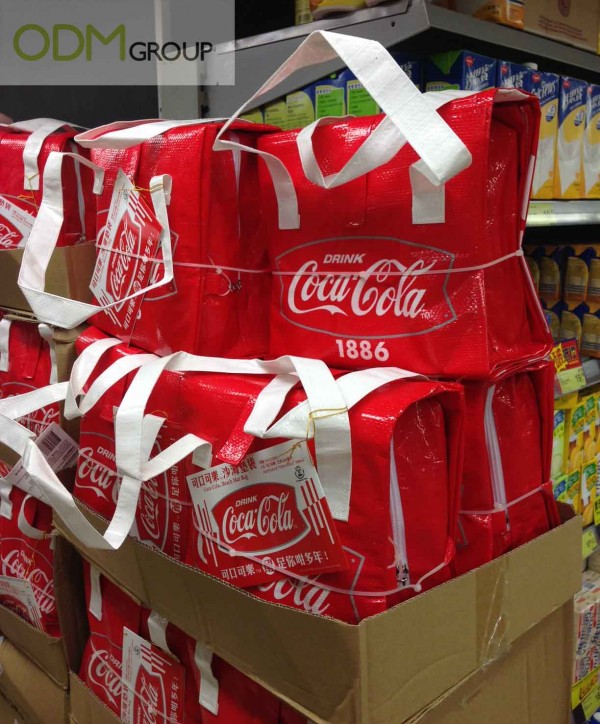 Coca Cola is the global leader in the beverage industry, which offers hundreds of brands for different kind of drinks. Coca Cola has been active in offering promotional gifts all over the world to their consumers. Check out some promotions done by Coca Cola previously!

Coca Cola is launching a marketing campaign to help boost sales for their Coke sales in Hong Kong. With promotional gifts offered, consumers would be more enticed to purchase drinks from Coca Cola instead of other brands. To add on, the promotional gift offered by Coca Cola this time is attractive enough to attract consumers’ attention to the on pack promo.

They are now offering a zipper recyclable bag as a promotional gift as well as a packaging for their consumers. This not only helps them to save cost on packaging but also able to make their happy by offering freebie to them. This zipper recyclable is durable and long-lasting, which adds to the perceived value. Consumers can reuse the bag for other purposes and the zipper attached makes the bag more practical to use, ensuring the items stored would not fall out.

Coca Cola also branded their zipper recyclable bags to increase brand awareness. They also made the bags to be in red and white, in combat to their company theme colour. Even from afar, other people would be able to recognize that the bag belongs to Coca Cola.

When consumers carry these bags around, other people would be able to notice the brand name on it. In the long run, brand loyalty and recall could even be built!

Hurry and get started with your very own branded promotional gifts for your consumers to help boost sales!