Fly with Tiger Airways to Phuket and you get to redeem a chic custom passport holder at Jungceylon! Simply show your Tiger Airways boarding pass at the information counter in Jungceylon and you will be given this promotional gift. Hurry up and book your tickets now before these passport holders run out of stocks!

This promotion was advertised on the Tiger Airways airplane magazine for passengers. Take a look at how these chic custom passport holders look like: 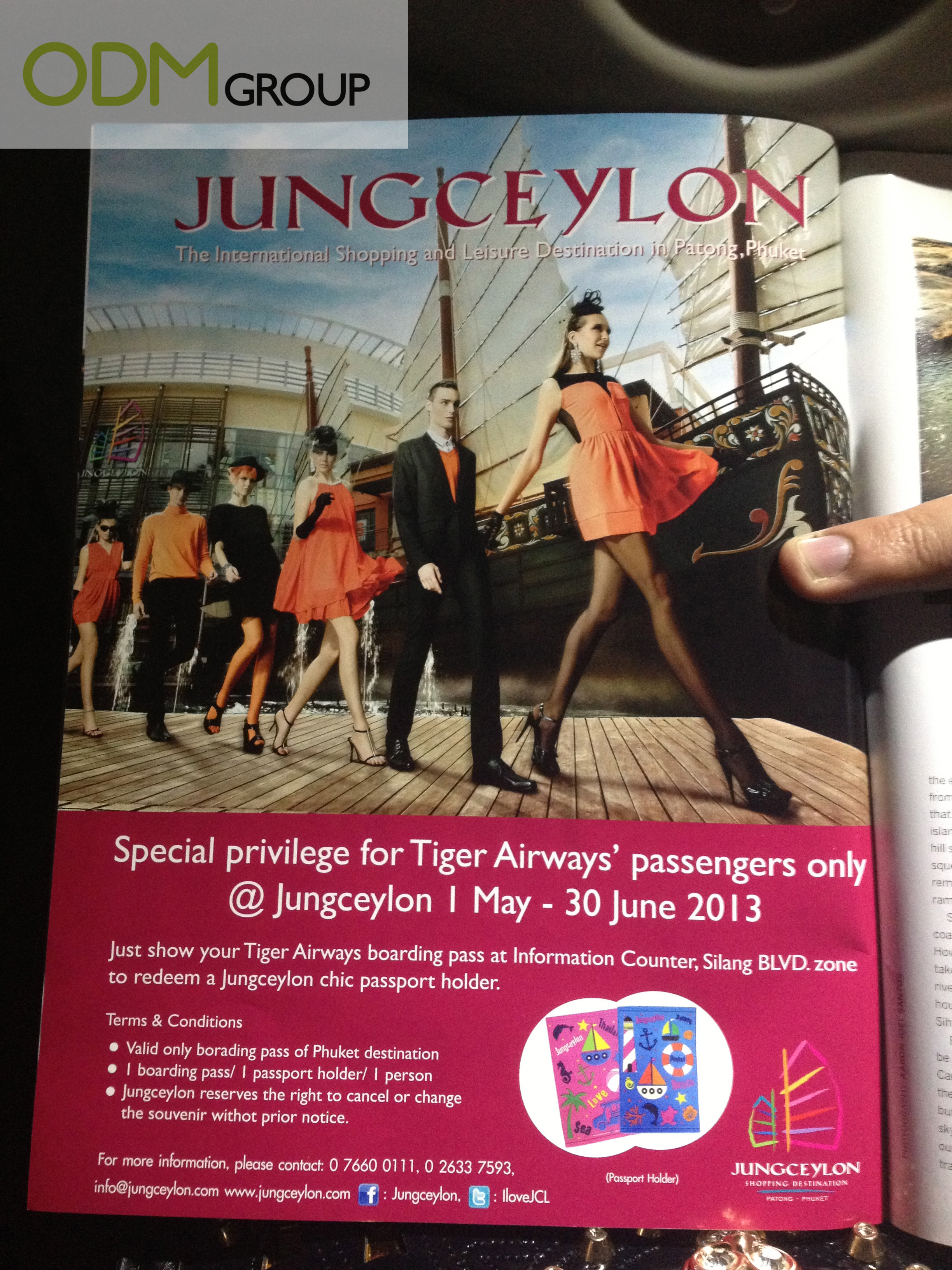 Jungceylon was actually a name for Phuket used in 1511. Jungceylon is now used as a name for the world-class shopping and entertainment destination that will revive Phuket’s great history and reputation.

Check out some promotions done by other companies in relation to passport holders!

Jungceylon is now offering promotional gift to attract more visits to the mall. With such custom passport holders being offered, people would be attracted to visit Jungceylon and making purchases at this mall. This would bustle up the atmosphere.

Branding is vital in increasing brand awareness for your company and ultimately sales. Jungceylon has taken this into mind and branded the custom passport holders with their company name on it. They have merged their company logo as a part of the graffiti design, making the holder look beautiful instead of adding their logo on purpose to the front cover.

These branded passport holders can simply act as a free walking advertisement for your company when passengers carry them around. Other people would be able to notice Jungceylon’s company logo. This would be more prominent if passengers carry them to different countries when they go travelling. Not only would people in Phuket or your country would know this mall, but people from other countries as well.

Get started with your very own branded promotional gifts to help boost sales for your company!