Japan in was one of the rare countries in the world where it is still permitted to smoke in bars and restaurants. Therefore using lighters as a marketing and advertising tool in Japan is quite common. Contrary to the polemics a gift on purchase lighter would provoke in Europe, in Japan it shocks no one and seems perfectly normal. For example I spotted a promotion in Family Mart by which when customers bought a packet of  Lark cigarettes, they received a free lighter. 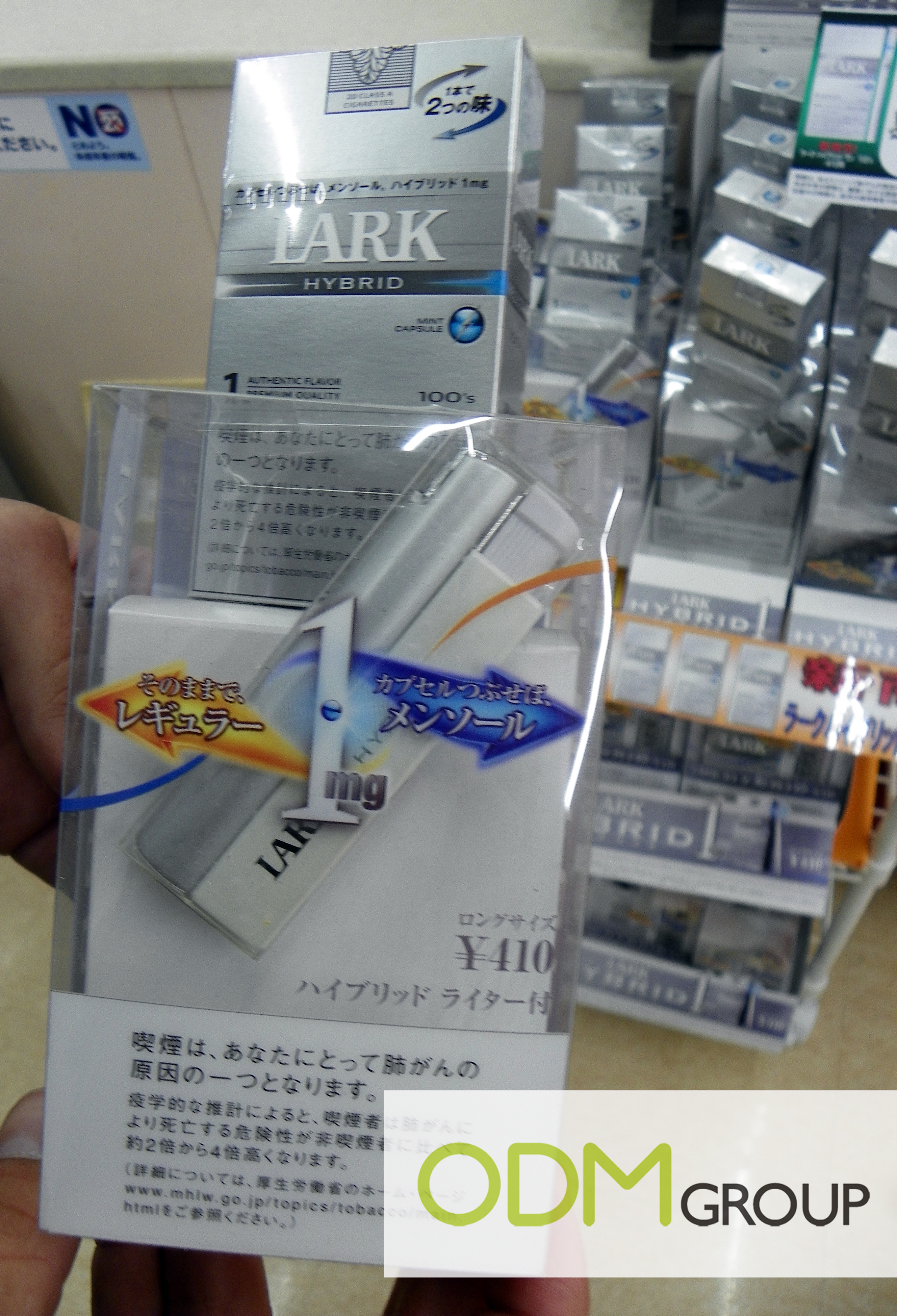 Lighters, matches, and cigarettes themselves used to make popular promotional gifts. Nowadays due to legislation, they can no longer be used in most countries and when used they generally give a bad brand image. Countries where you could still consider using cigarette accessories as promotional items are China, Japan, Russia and countries in eastern Europe, SEA, Middle east and Africa.