The world’s fastest passenger train is the Maglev “Bullet” train that goes form Pudong International Airport into Longyan Road in the district of Pudong in Shanghai. The Maglev train is powered by eletromagnetic levitation.  Once it reaches its highest speed the train already is gradually slowing down. From the end of the line there is very easy access to the rest of the city via the subway line #2 and #7.   Getting taxis at the end of the Maglev line can be a nightmare at certain times of the day so we recommend getting the underground if you can.

The train ride costs 50RMB for a single trip in economy class or 100RMB for the higher class, hardly worth it given the length of the train ride. A round trip ticket can be purchased but they are only valid for seven days. The train ride is a very brief 8 minutes, the train starts off and very rapidly accelerates until stabilizing at 430km/h. 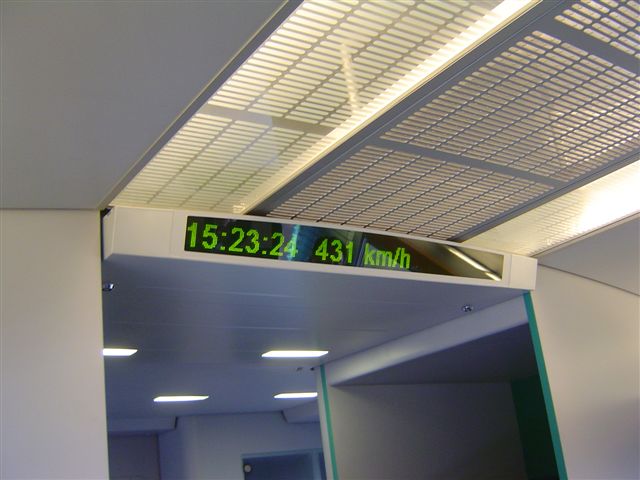 Taking the Maglev train is the easiest, fastest and cheapest way to get into the center of Shanghai. Forget taxis or private cars which will take longer then hoping onto the Maglev. Traffic can be a nightmare in  big cities like Shanghai, you may end up stuck on the highway for hours instead of arriving rapidly in the center with the Maglev train. It took our ODM representative 30 minutes from Pudong Airport to arrive in the center of the city including the time on the subway. 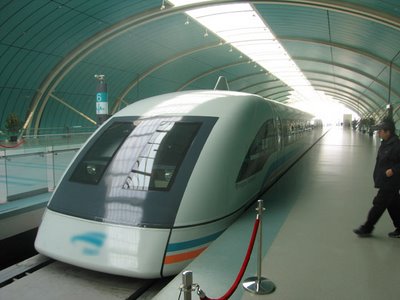 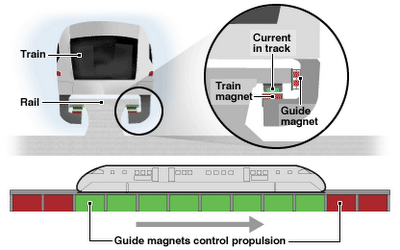 How the Maglev train works

Europe and America should take example on these rapid mass transport projects that link the airports to the city centers.  Check out more information pertaining to traveling in China on our blog.