Australia Day (also known as Anniversary Day) is the official national day of Australia celebrated annually on January 26th and organized by the National Australia Day council. This date marks the arrival of the first fleet at Sydney Cove in 1788, the proclamation of English Sovereignty over the territories and the erection of the British Flag.

This year’s National Day will have a special feeling following the tragic floods that swept though entire cities in the region of Queensland. A number of fundraising operations and donations were organized throughout the country. 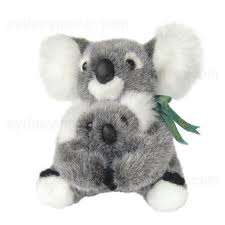 As part of those pledge drives, items like plush Koalas, the emblem of the Queensland region, help to promote National sentiments and help raise additional funds. Cute and recognized throughout the world, a portion of the price would be remitted to the victims of the flood.

Many are using the national day to extend the community spirit seen in the clean-up and top up the $145 million already in the Premier’s Disaster Relief Fund.