Canton Fair Part I – To the Land of Opportunities

Getting ready for phase 3 of Canton Fair? Well, read on as we will be covering everything from travelling there and know-hows on the fair in the following series of blog posts.

The Canton Fair (also known as the China Import & Export Fair) is entering phase #3. Last weekend the ODMasia team went to Guangzhou to attend phase 2 of this massive fair which covers an immense range of products you can possibly think of. This fair is one you can’t miss if you want to find innovative ideas and low prices; both of which will place your business ahead of your competitors. 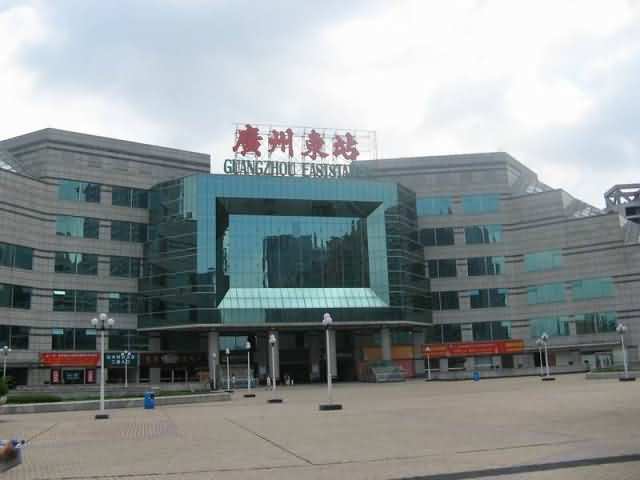 Making Your Way There

Making your way to the largest, most comprehensive fair could pose a problem if not planned properly. You do not want to miss the show due to hitches faced during travelling. The ODM team had no problems at all, travelling from Hong Kong to Guangzhou due to the close proximity as well as pre-planning. With the HK shows scheduled perfectly for you to attend the Canton Fair, you would probably be travelling from HK as well. 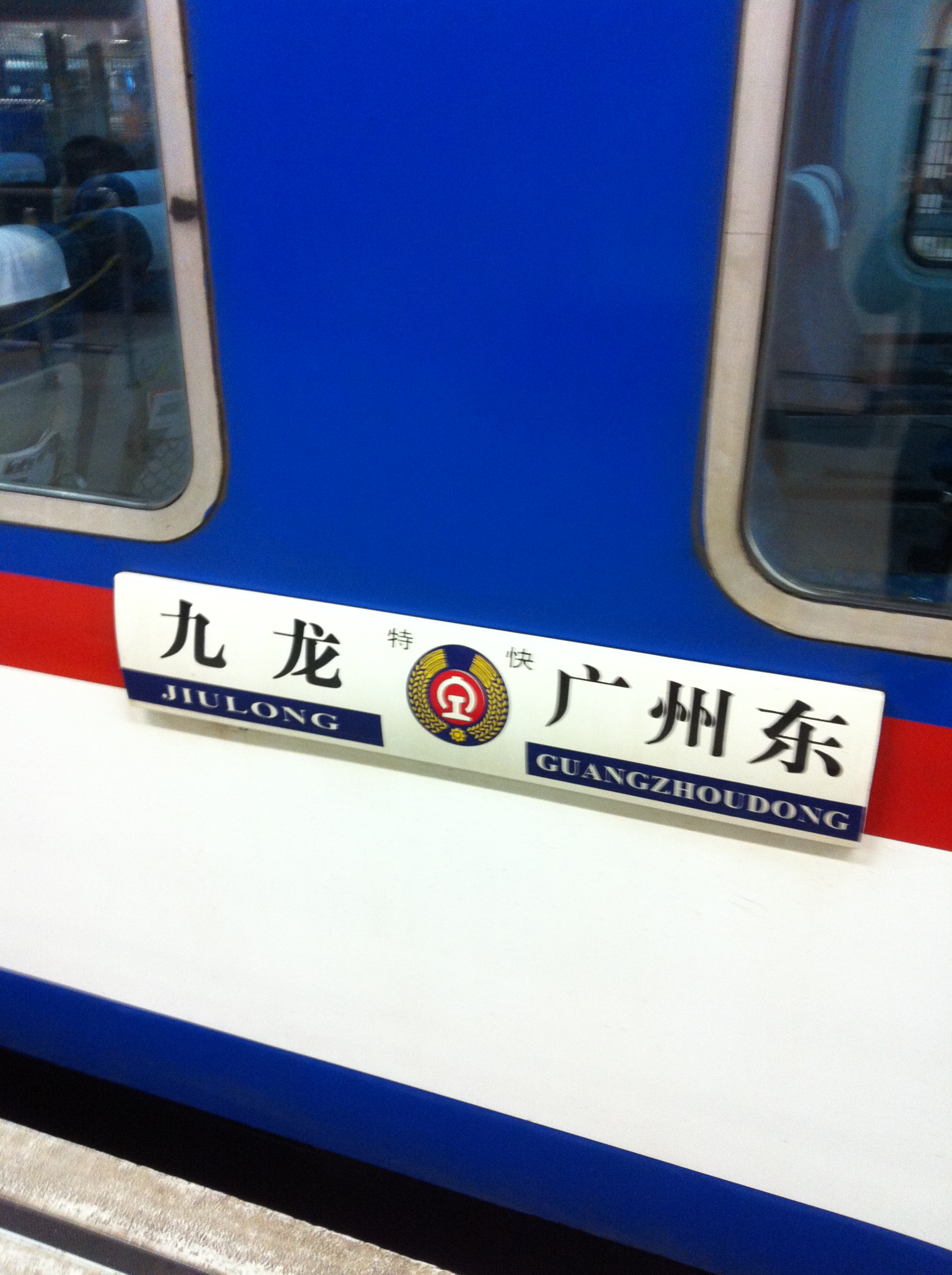 We travelled to Guangzhou taking the Guangdong Through Train service. Departing from Hung Hom KCR station in Kowloon and arriving at Guangzhou East Railway Station, this route takes slightly less than 2 hours. Do take note that booking in advance is key to getting your tickets as they tend to sell out fast during the Canton Fair season. You can book your tickets at China Travel Service. Make sure to remember public holidays if you need a Visa to enter China if you have a European, North American or any other nationality that does not have an agreeement with China.  (See: APEC card for Visa free travel). It is important to arrive at least 45 minutes in advance to go through immigration lines.

Upon arrival at Guangzhou East Railway Station, there are many booths along the way to the entrance offering coach service to every major hotels in the city. Travel Tip: The coach service is a serious mark-up in price and we suggest taking a cab which is cheaper. 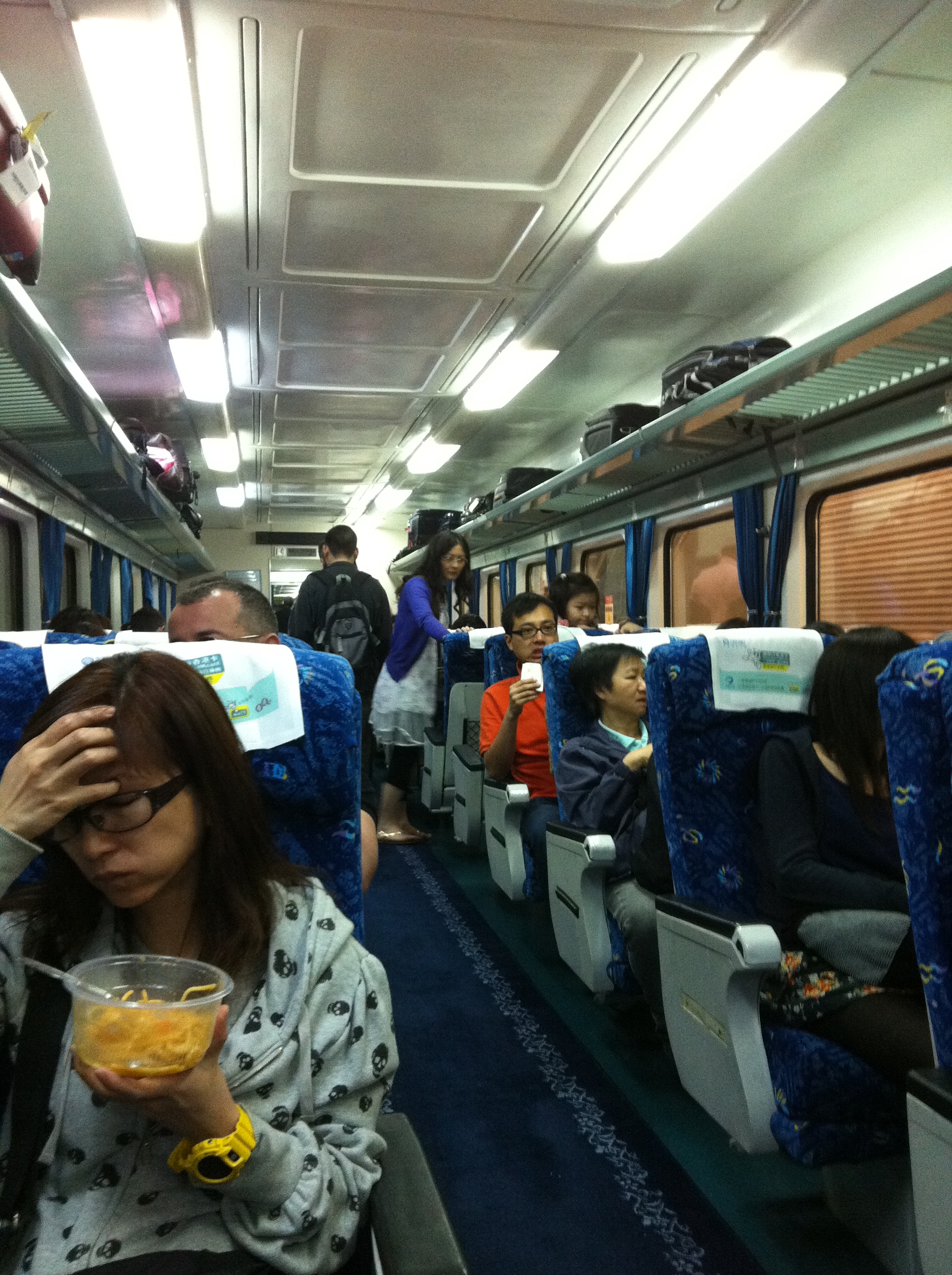 Cabs are therefore our choice of transport; we took them to our hotel, to the Guangzhou International Convention & Exhibition Centre (Pazhou Complex), and to dinner. The cab fees in Guangzhou are relatively cheap and from the railway station to the exhibition centre cost around 40RMB. The starting fare  is 7RMB and it is normal to pay an additional 2RMB for petrol everytime you hail a cab.

Travel Tip: Print out the address of the place you are going in Chinese to show your driver in case of communication barriers. Alternatively, you could take the metro (Metro Line 2) which is just as efficient… if you don’t mind squeezing that is.

There are free shuttle buses from the majority of hotels to the Guangzhou International Convention & Exhibition Centre. Depending on the hotel you are residing, frequencies of these shuttle buses vary. The hotel we stayed in, Garden Inn (Gangding Branch), has only one shuttle bus to and from show at 8.30am in the morning and 6.30pm in the evening respectively. 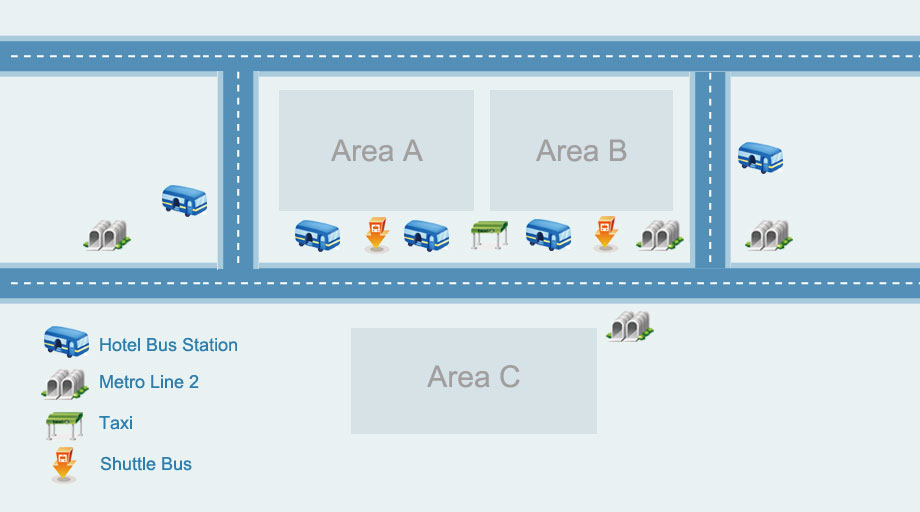 For more details of the various logistics of Canton Fair:

Home » Magazine » Canton Fair Part I – To the Land of Opportunities