For this year’s SMMEX, The ODM Group followed the event closely and gathered information from over 100 tweets before and during the event. After analyzing this information we created the following word cloud, with the number of mentions being represented by the size of the word. 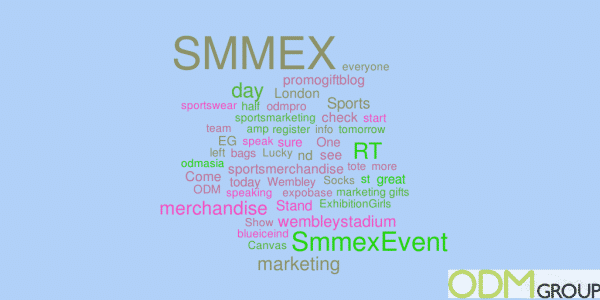 What was the conclusion of this Event Tracking?

As seen in the word cloud the big focus was on Sports, with “Merchandise” and “Marketing” being particularly focused on.  Though there were interesting mentions of “ODM” and “WembleyStadium”. These word clouds are great at understanding what it is that attendees are talking about and what they find to be most interesting from this event.

Alongside this with this event tracking, we also found out who the 25 most active people on twitter were. This type of event provides a good opportunity to increase your brand awareness through the use of social media. The top 25 are listed below.

2016 marked the 18th birthday of SMMEX International, and due to this occasion, the show was extended to a two day event. The popularity of the show has increased year on year, being open for two days allowed more to be included into this exclusive meeting of industry leaders, sports clubs and powers within the licensing world. Following on from the success of 2015’s seminar programme 2016 saw 20 key speakers over the event. 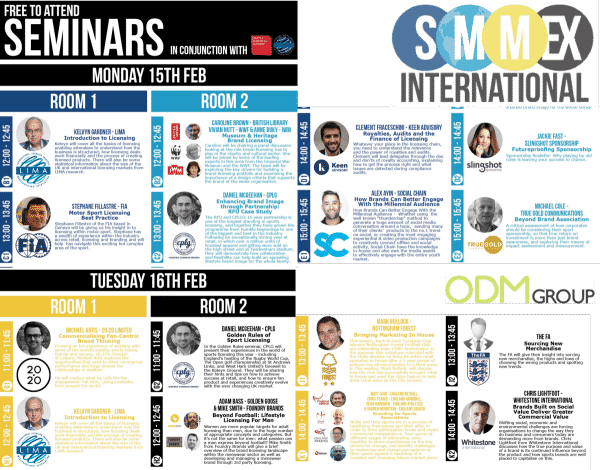 The ODM Group is always following new market trends by tracking events and conferences. For more of our case studies on previous conferences see the list below