I was not familiar with the Japanese superhero called Ultraman until I visited the 2012 Licensing Show held in the Hong Kong Convention and Exhibition Centre. It did not long for me to realize that he id THE Japanese superhero to know !

The licensed character, Ultraman, was the central figure of a Japanese  television series that dates back to 1966.  The story is set in the future  (the 90s to be exact. Well ok now its the past to us…) in Tokyo. The Science Patrol  is a global entity always ready to protect the Earth from rampaging monsters. Sometimes it finds itself outclassed. When the situation becomes desperate, Shin Hayata, the Patrol’s most capable member, holds the key to salvation in the form of the “beta capsule,” which, when ignited, allows him to transform secretly into the super-humanoid-powered giant from space, who becomes known to the people of Earth as Ultraman.

The superhero became a huge success all over Asia and even in America. Hundreds of products have been derived from the original TV series. These products make great promotional items for brands targeting kids and their parents or even adults in general as most probably grew up with this show. 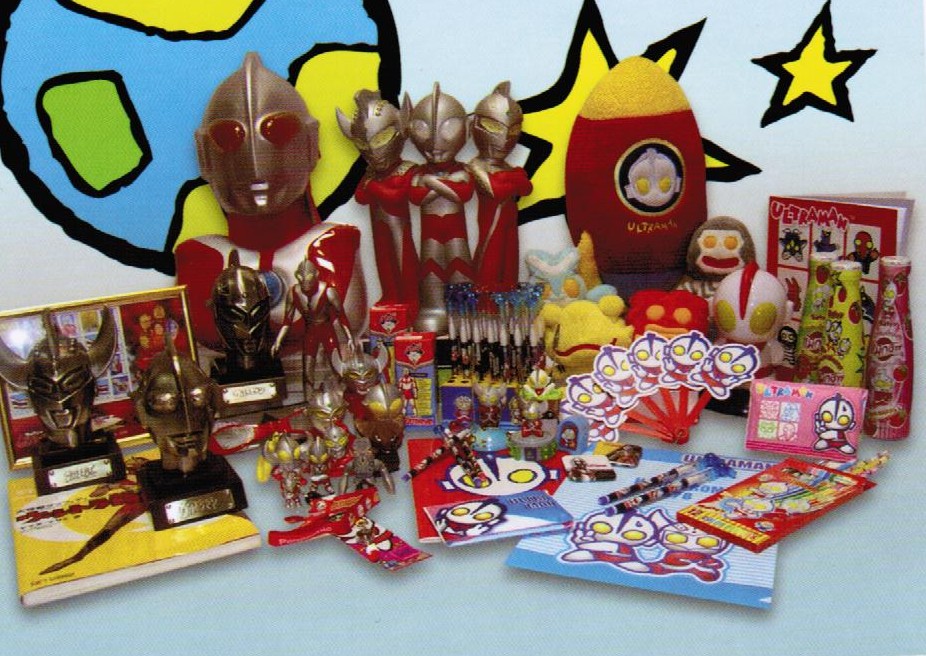 There exists a great variety of products :

Please have a glance at other licensed characters here :