With the National Basketball Association (NBA) season just around the corner, NBA has decided to collaborate with Safeguard in a marketing campaign. This campaign is currently available at Carrefour, Zhuhai. With every bottle of safeguard body wash that you purchase, you will get to receive a water bottle as a promo gift.

This water bottle is red in colour which represents NBA as their signature colour is red and blue. Their logo as well as a basketball is imprinted on the bottle. This brings every customer’s attention to the artwork on the bottle which helps to increase awareness for NBA. The striking red on the bottle stops every customer that is shopping at Carrefour in their track as it is just so eye catching. So what are you waiting for? Hurry down to Carrefour right now and grab this limited edition bottle! While stocks last! 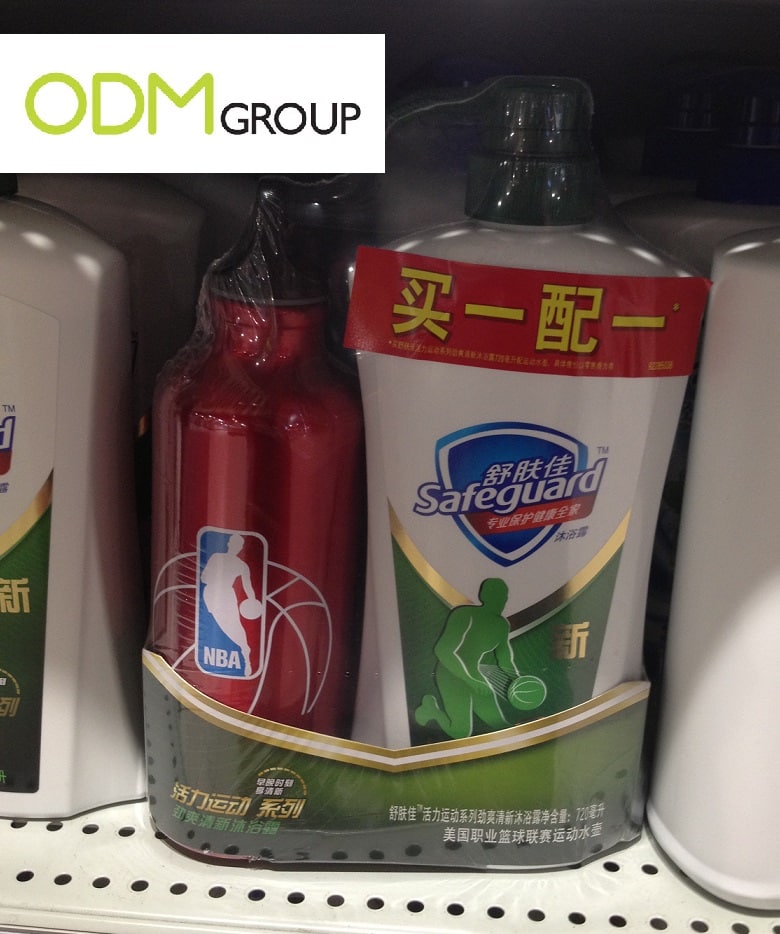 NBA is the pre-eminent men’s professional basketball league and one of the Big Four major sports leagues in North America.

Safeguard is P&G’s largest global personal care brand. It was first launched as a bar soap in USA in 1963 and is now available in other forms such as body wash, liquid hand soap and hand sanitizer. Safeguard is currently being sold in more than 15 countries across Asia, Europe, Africa and Latin America. It has a leadership market share in both China as well as the Philippines.

Why do brands collaborate for a marketing campaign?

By collaborating with safeguard for this campaign, NBA is actually promoting a hygienic image for themselves. More often than not, sports would be associated with sweat and dirt. In order to prevent other consumers from having this mindset, NBA has decided to work hand in hand with Safeguard, the icon of sanitation.

NBA is a renowned basketball association worldwide and Safeguard is also well known by many across the globe. When both brands work together, it would be a win-win situation for both as their brand image would improve even more. With a better brand image, consumers would spread word about their brand name and be encouraged to purchase more of their products. This in turn helps to generate more sales for the company in the long run.