Dalton Pharmaceutical Corporation from Australia, has an in-store promotion for its Sornado Tea Bags right now. This promo was spotted in Mannings drug stores in Hong Kong. Tea pots will be given to customers when they buy 2 packets of Sornado Tea Bags. 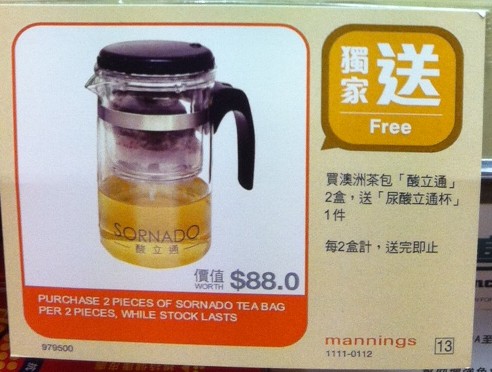 We like this promo because it is very practical to the customers. Although this product can also be used for other brands of tea, the logo printed on it will still remind users of Sornado each time they use it. Stating the RRP (recommended retail price) of a promo gift is also a brilliant strategy to add value to the promotion, thus increasing sales. 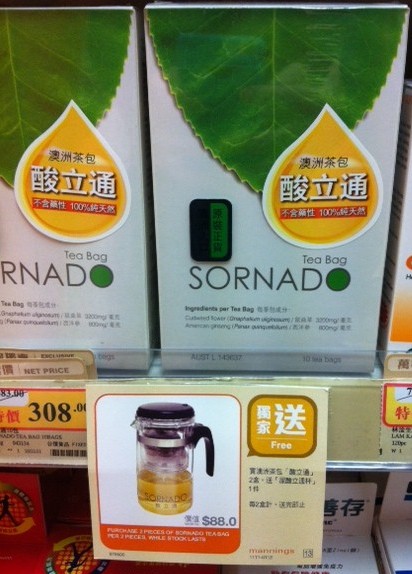 Making your promotion stand out?

Look at how Mannings communicates its promo – by sticking a tag on the shelves.  These are often referred to as “Shelf Talkers” Promo tags like these draw attention to the promotion and makes it stand out from competitors.

Also, instead of placing the promo gift side by side to the product, this method helps the store save precious shelves space. The promo gift is then given out at the counter during payment.