When it comes to alcoholic drinks, the Swedish cider brewer, Rekorderlig, certainly knows how to make a show out of a promotional event. Here are some pictures from their winter cider launch where cool promotional products were used to launch their new drink. 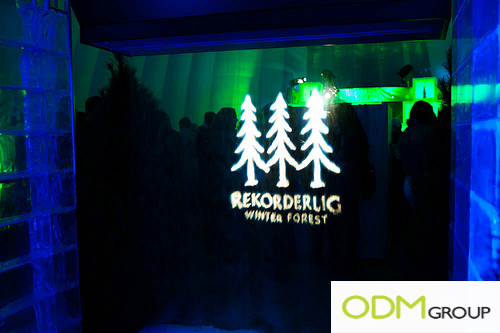 The event was held in a cool bar with pine trees and masses of wooden chips strewn across the floor. The scent of wood also created the right atmosphere. 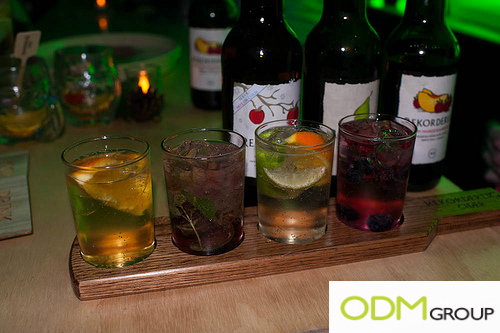 They serve their drinks on specially made Rekorderlig timber holders, which are of course branded to enhance brand awareness. 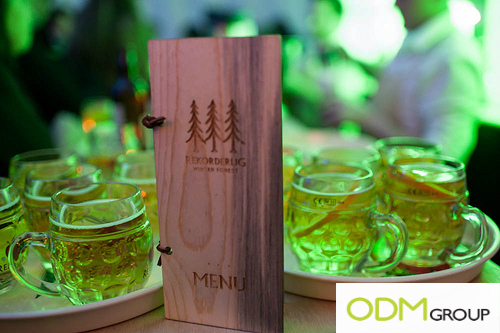 Another really cool promotional product at the event was the menu card, which was made of wood and branded with logo. The card is bind with leather straps which makes the product really interesting! 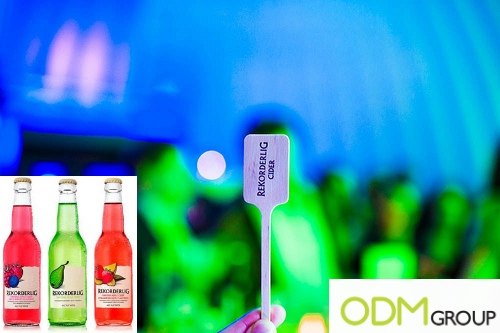 They also used wooden drink sticks, which again were branded with the logo. It could have been better if they used figurines shaped like their bottles. That would be definitely even more eye-catching. 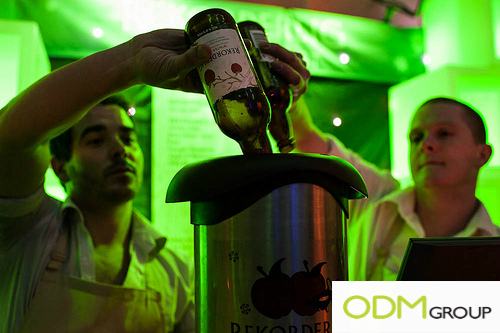 Finally, they also had their logo prominently placed at the front of their cider stand. Don’t you think it is a good way to heighten brand awareness?

If you are interested in more related blog posts, check the following links: