During ODM’s visit to Japan, we noticed this interesting on pack promotion from Itoen Drinks. Included with purchase of the Mugi tea drink, is a towel. This has been placed across the bottle neck to market Mugi tea to potential consumers. 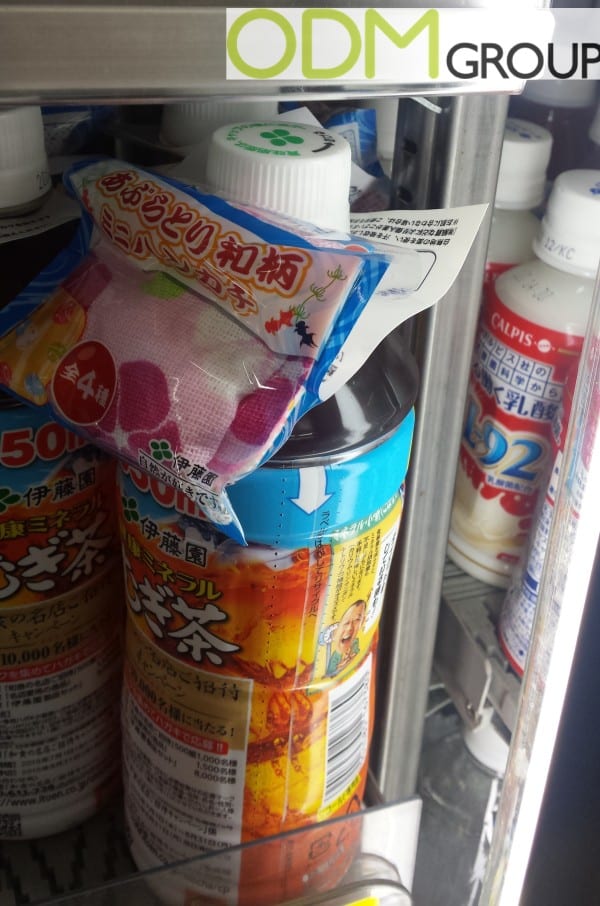 Why do On Pack Promotions work?

As we have mentioned previously with Coca-Cola’s on pack promotion, by choosing useful products as part of the promotion you can increase product awareness and sales. In the case of Iteon, they have chosen the safer choice, though their approach should not be misjudged as unimaginative.

Currently, Japan is basking in the hottest summer months of the year, this is a time when everyone has to compensate by keeping extra hydrated. Due to this and the Japanese tea drinking culture, by marketing a towel with their popular Mugi tea, Iteon will be able to attract a large audience. 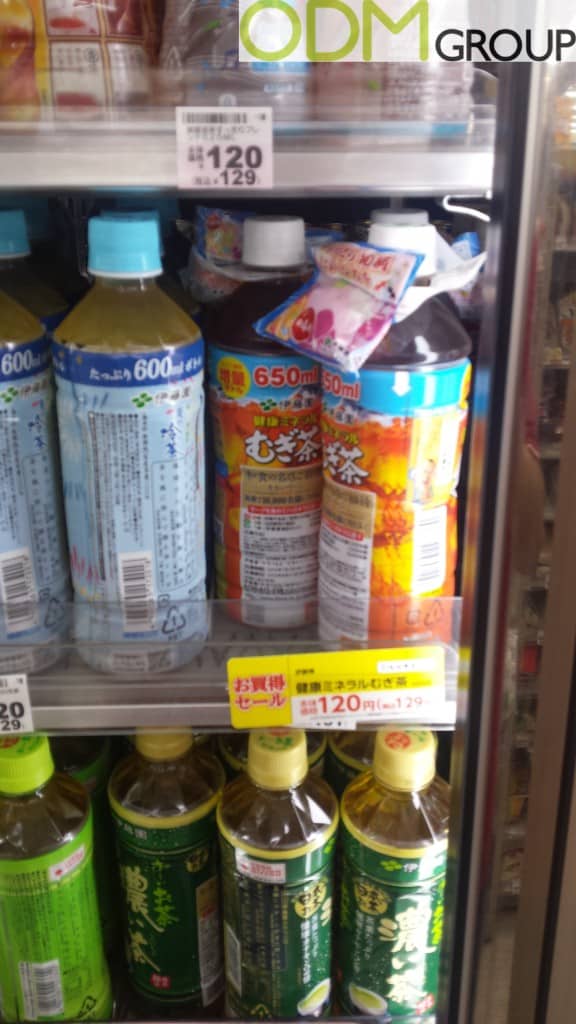 It is clear from the photos that the drink market is incredibly competitive; but by offering the towel as an on pack promotion, customers will choose Itoen over other competitors. For Itoen, these on pack promotions are incredibly cost effective, they can be cheaply produced but the longer term gain will make the venture very useful. As mentioned previously, the towel is not the glamorous choice, but in the heat of the summer it will be the most useful. This is attractive to every demographic from children/their parents, young professionals, to elder customers. In the heat, being able to enjoy a drink and wipe yourself with a cool towel would very much be the reason customers will choose Itoen.

Feel free to contact the ODM Group to learn more promotional products or marketing in Japan. We have years of experience sourcing promotional products to companies all across the world. We can provide you with hand fans and a wide range of other products. Our in-house design team, Mindsparkz, can also help you come up with new and unique ideas for your promotional campaign. Below are some other related blogs you can look at for more inspiration:

Common but Popular On Pack Promotion

On Pack Gift Marketing by Walmart of China