Starting at 8 am the stores started to close again and get prepared for the super typhoon heading directly towards South China. The wind was catching more and more speed over the ocean and finally hit Zhuhai with its full power and caused a huge chaos. 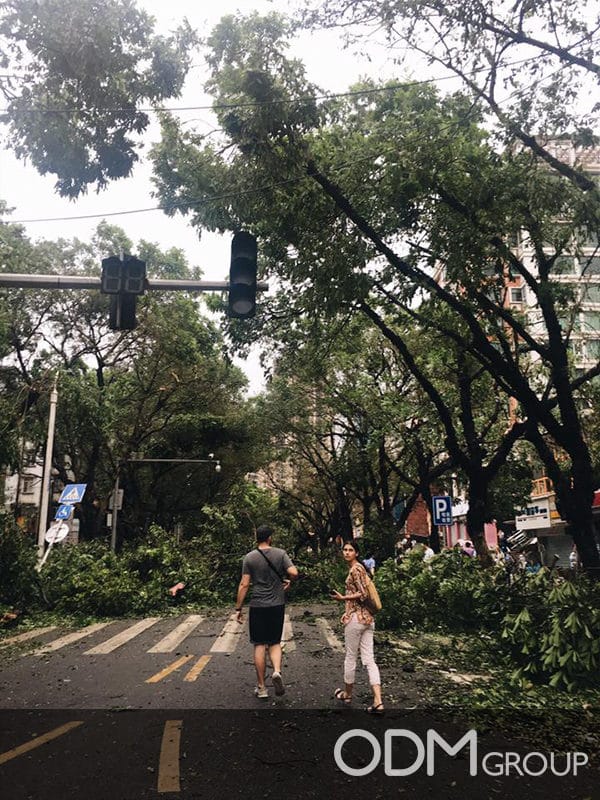 Though Hong Kong government raised the highest warning signal T10, being fully prepared for such a storm is probably not possible on just one day notice.  The electricity has been cut off from 11:30 am and now more than 24 hours later is still offline in many parts of the city. The infrastructure is damaged due to the trees blocking the roads, and public transport is still not working on schedule. Ferry ports, such as the one in Zhuhai and the border to Macau were shut as well and have not been opened yet. 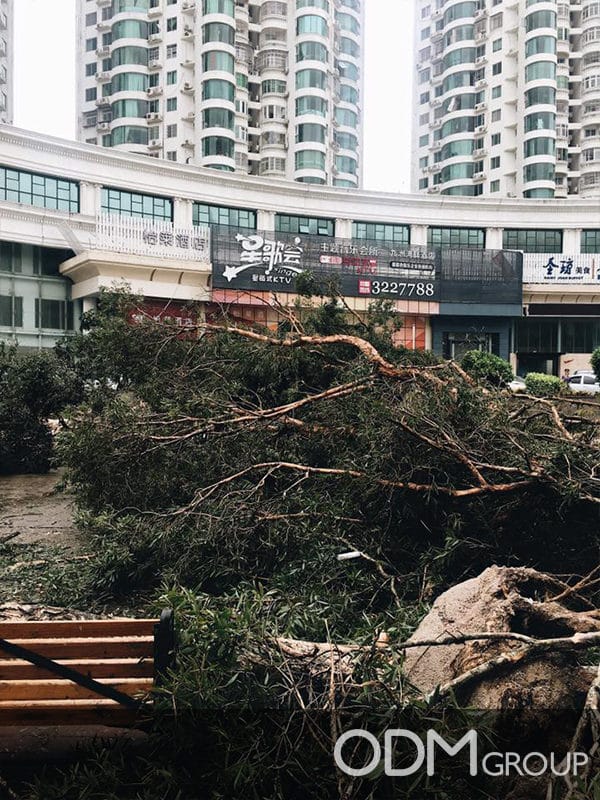 According to many news channels, like The Guardian, this typhoon caused the death of 12 people and got hundreds injured. A first calculation of the damage came to a cost of US$825 million.

We are happy, that everyone of our team stayed safe during the storm.  ODM office was closed on August 23rd, but is back to work now, so please don’t hesitate to contact us. 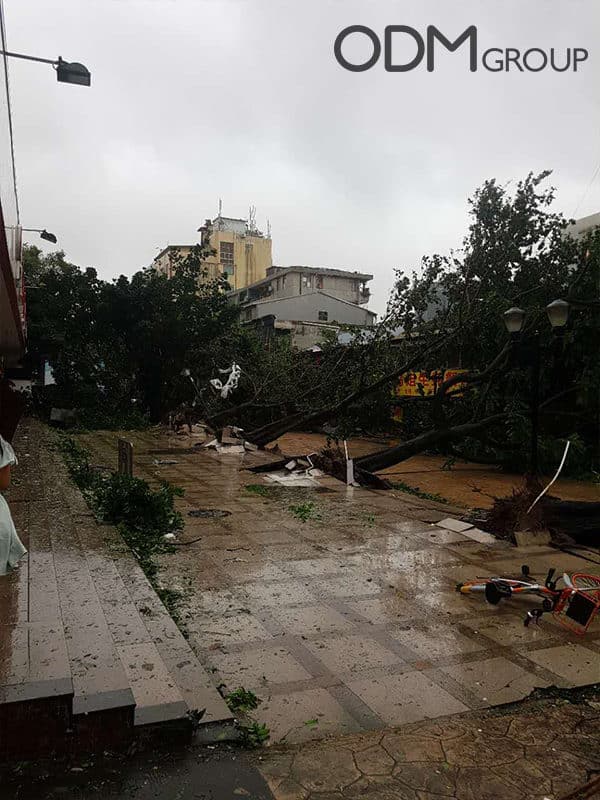