One of the most famous whiskey brands Jack Daniel’s has started its new in-store promotion in the UK recently. The brand is offering a chance to win ‘Jack Rocks the House’ party packs.

There are three options of party packs to win, with the basic kit including lanyards, cups and stirrers, free-standing bar optic, bar runner, ice bucket and various sizes of Jack Daniels t-shirts, beanbag as well as a Jack Daniel’s neon sign added in the advanced pack. In total there are 220 party packs to be won  – 110 standard party pack, 105 beanbag party pack and 15 party pack with neon sign. No alcohol is included in any of the party packs. 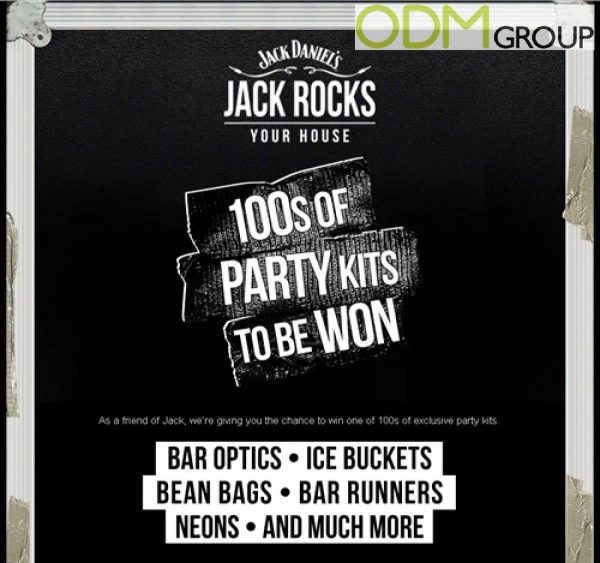 The purpose of this promotional campaign is to emerge enormous awareness and pave the way to brand affinity in the Off-Trade.

What makes In-Store Promotion so great?

One of the best benefits of the in-store promotion is that it is happening while the costumers are shopping. It is a powerful technique to influence impulse shoppers. This promotion is beneficial not only for Jack Daniel’s core product such as Jack Daniel’s Old No.7, but also helpful in rising overall brand awareness. Especially considering that these party packs are meant for big social gatherings, potential exposure of brand’s logo to the people is colossal.

As it is tempting to receive a free gift, especially if it comes from such well-known brand as Jack Daniel’s, it might stimulate non-users to buy the product just to enter the competition and have a chance to with the prize. As you can see the benefits of in-store promotion are immense. 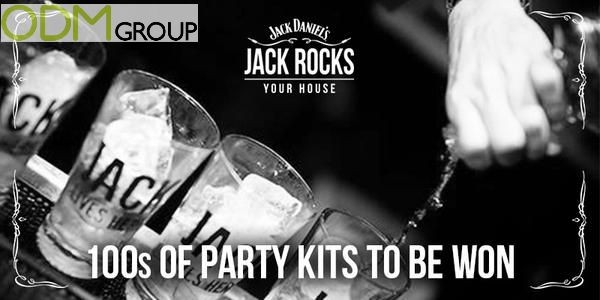 Feel free to contact the ODM Group to learn more promotional products such as this. Our in-house design team, Mindsparkz, can also help you come up with new and unique ideas for your promotional campaign. We already have a lot of experiences of designing and manufacturing in-store promotion like this. Below are some other related products you can look at for more inspiration.

Liverpool FC and Carlsberg – In Store Marketing in China