The massive sports events are a gold mine for advertisers and marketers across the globe. Especially when it comes to one of the biggest sports events in the world as Rugby World Cup. Who knows more about the brilliant promotion strategies if not the soft drink giant Coca Cola?

The brand has a history of successful collaborations with the major sports events in the world. Which helped them to establish one of the world’s most recognizable brands and earn a good corporate reputation. 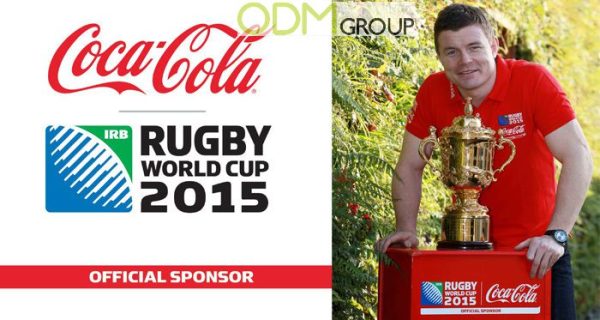 This promotional campaign is going to consist of on-pack promotion on all Coca Cola products followed by intense TV advertisement. All the customers entering the competition will have a chance to win their very own Coca Cola Rugby Ball. This is a strategy to secure Coca Cola’s position as a top-of-the-mind brand, when it comes to soft drinks market. All the promotions related to World Rugby Cup will lead to Coca Cola and be associated with the brand one way or the other.

Why is on-pack promotion a brilliant strategy?

On-pack promotion together with high publicity associated with major sports event like The World Rugby Cup is an incredible and very powerful technique to reach an audience on a large scale and get the uttermost exposure and generate highest ROI possible.

Rugby balls giveaway will help to boost the sales and generate enormous awareness, especially in the segment of the rugby sports fans. Being associated with a global sports events can seriously elevate brand’s reputation and status. And this is what Coca Cola is actively pursuing starting its new campaign ‘Win a Rugby Ball’. 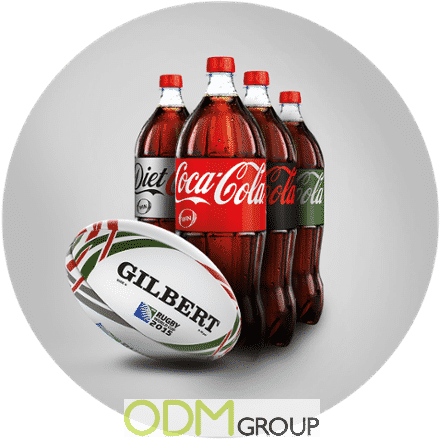 Feel free to contact the ODM Group to learn more promotional products such as this. Our in-house design team, Mindsparkz, can also help you come up with new and unique ideas for your promotional campaign. We already have a lot of experiences of designing and manufacturing on-pack promotion like this. Below are some other related products you can look at for more inspiration.