The United Kingdom’s Insurance comparison industry has been revolutionized by character based advertisement. A Meer Kat named Aleksandr Orlov is firmly at the forefront of this trend.

The video advertisement campaign is fun and playful.  Customers are encouraged to try a new service and get the choice of some excellently designed plush toy mascots as a GWP.

[/caption]Compare the Market.com’s furry face has helped them move from the lower competitors in the market to the fourth biggest nationally.

This has been enhanced by a new promotional campaign whereby consumers get one of the six toy Meer Kat characters when buying Car, Van, Home or pet insurance through the company. 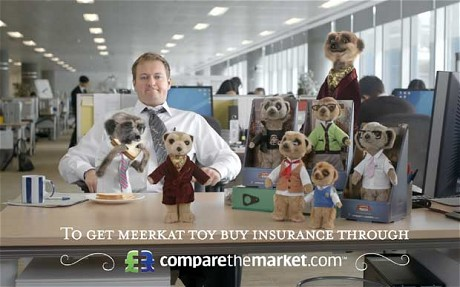 The Meer Kat responsible for market innovationThe characters are chosen at random on the website www.meerkovo.com after consumers have brought insurance.  This gives the company differentiation in a market that is dominated by price competition and high brand similarity.

Promotions like this could easily attract brand switchers as customer loyalty is low due to the small switching costs for customers.

This is successful in a number of ways:

This case study also allows us to pick fault with other major insurance comparison websites, as the other main rivals; Go Compare, Swift Cover and Confused, all have similar ‘character’ based advertisement campaigns (GoCompare with an annoying Opera singer, Confused with a singing cartoon, and SwiftCover with Iggy Pop and a smaller puppet of himself), however have not used this type of promotional gift to enhance their differentiation.

See this useful article on how this Meer Kat has caused innovation in the marketing of Insurance Comparison companies – from the Guardian.

How could you resist such excellent Promotional Plush Toys. 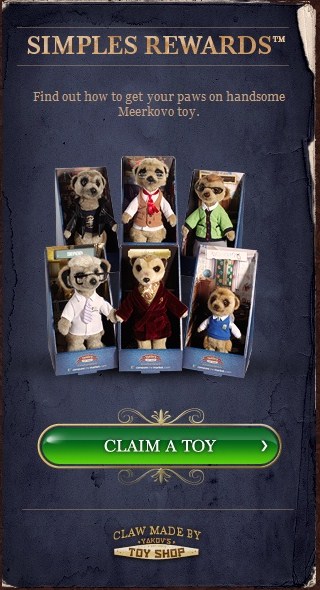