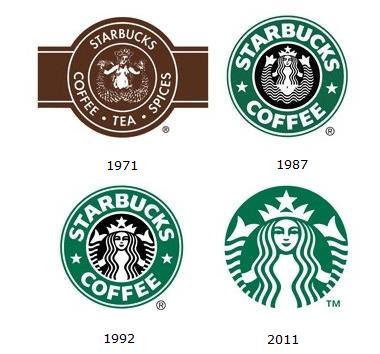 Starbucks officially declared on January 5th , 2011 that they would modify their historical logo which has been around for over 19 years.  With all our discussions at the Licensing show felt it would be a good time to showcase power of branding.

This logo change comes barely 3 months after clothing firm Gap pulled the plug on its own rebranding fiasco of tweaking its old logo into a simpler Helvetica font. Due to consumer outrage, the clothing retailer quickly reverted back to the original design.

Founded in Seattle in 1971, the coffee company has already undergone multiple changes to its logo and it will celebrate its 40th anniversary this year.  In order to meet a new milestone, they decided to simplify their logo, i.e. remove the circle holding the famous brand name “STARBUCKS COFFEE”, enlarge the Mermaid image and switch from black to green background.

More than a single image, a logo represents a brand name and its identity. Modifying it can have unexpected impact on the brand itself and the way consumer perceives it. Just like someone’s face, a slight modification can lead you to not recognize that person anymore.

Accordingly, modifying the logo which makes a success of your brand is an important decision that needs to be made for the right reasons.   Here are some reasons why change might be considered.

Below we see Pepsi through the ages.   Lots of Nostalgia and brings Retro Promotions to mind. Thanks to the internet, companies are now able to gather feedback directly from the consumers and get them talking about the change. 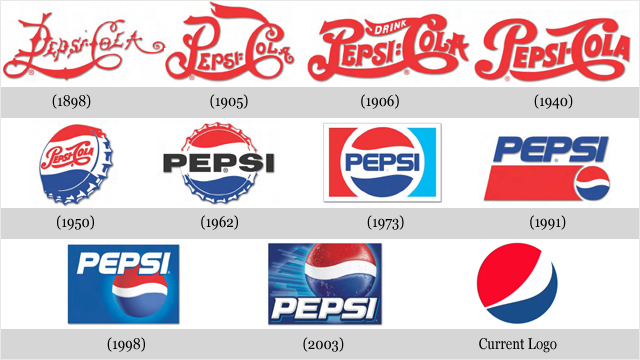 Be it in a positive or negative way, having customers debating about your brand and its characteristics is already a success in itself. It is a detoured way of doing market research and thus collecting valuable market information.

Sometimes, logo changes mark turning points in a firm’s strategy. In the case of Starbucks, observers believe the simpler design and disappearance of the word “coffee” implies that Starbucks will expand its product offering and sales methods to new distribution channels. It is also a move away from English & Roman Alphabet. 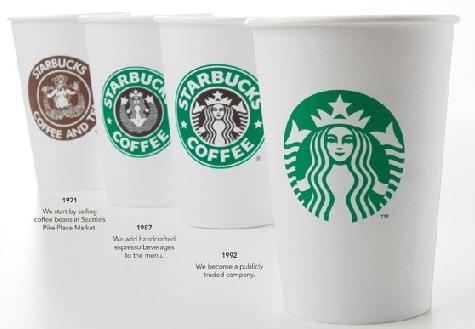 To summarize, the issue is not about whether the changes to a firm’s logo is positively or negatively received but whether if you drew the attention of your customers to your brand. If the former is achieved, then the change is logo is already a success.

Back it up with Promotional Products and Corporate Merchandise