San Miguel is offering a giveaway which consists of an instant prize promotion and this giveaway is available in the Philippines. In this promotion, consumers can stand to win any of the following three items: P10.00, Ginebra No. 7 Jersey and Jaworski Basketball. 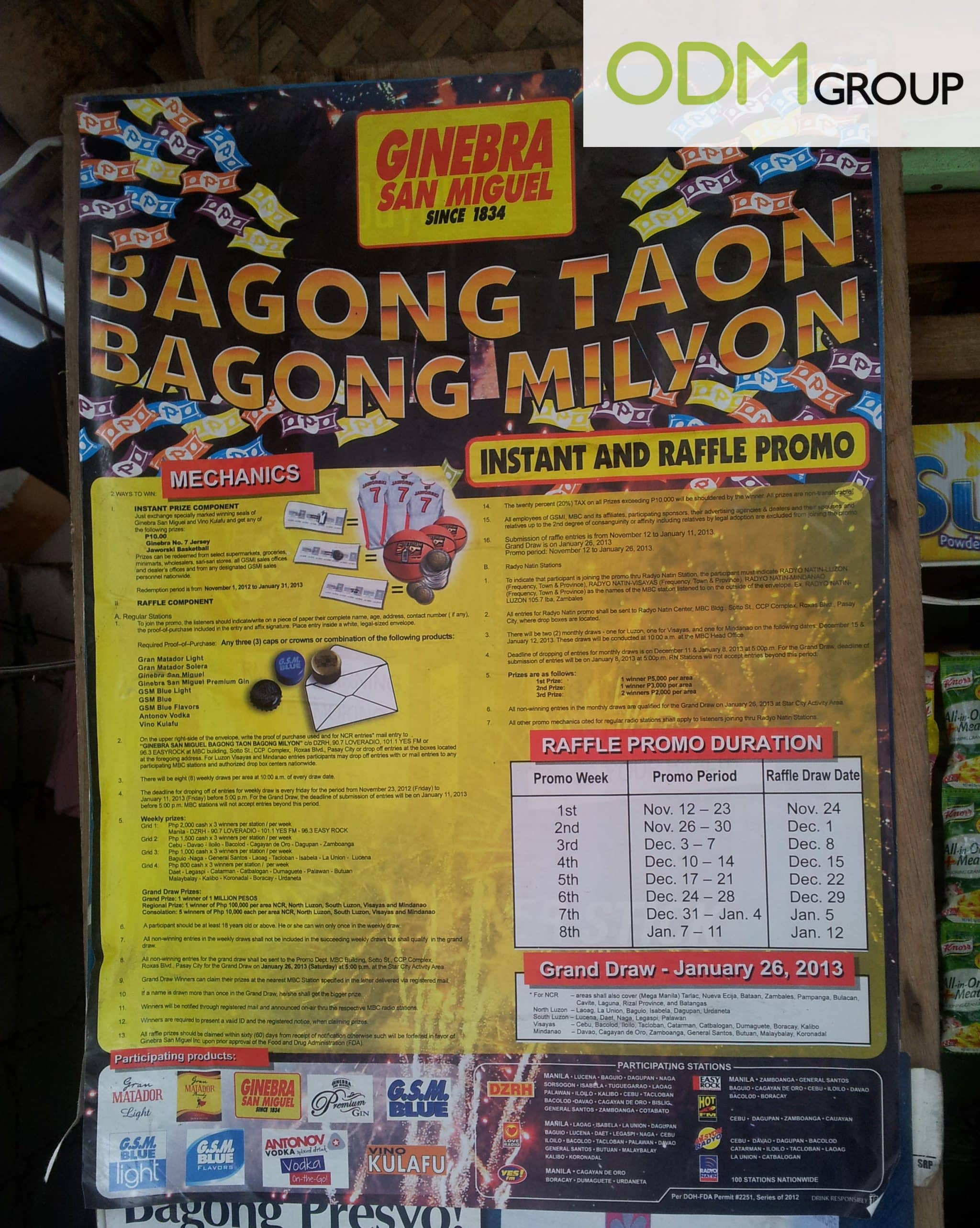 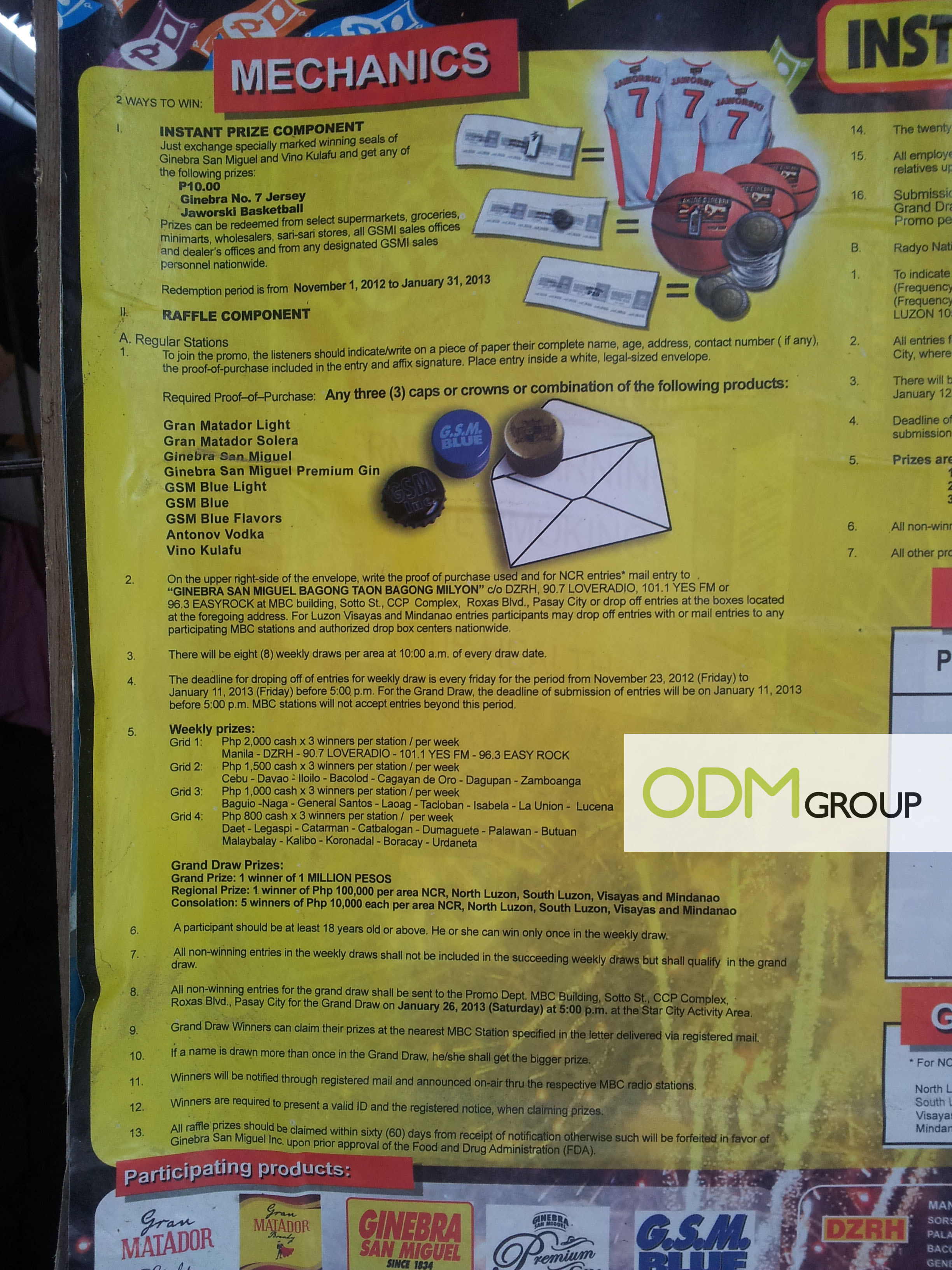 Recognized for its premium taste, San Miguel is slowly crafted using a unique yeast and addition malt and hops. It was established in 1890 as a brewery and it is now Southeast Asia’s largest publicly listed food, beverage and packaging company. San Miguel currently has over 17,000 employees in over 100 major facilities throughout the Asia-Pacific region.

Why did San Miguel make use of this Instant Prize Promotion as a chance to promote their giveaway?

This instant prize promotion is an interesting way to reach out to customers as several prizes can be offered in this giveaway.  Ginebra is the most popular team in the Philippine Basketball Association and Barangay Ginebra San Miguel is a professional basketball team that is part of this association. Using this Ginebra No. 7 jersey as a giveaway helps to promote San Miguel and at the same time support the Ginebra San Miguel team.

Jaworski is a Philippine basketball player who plays for the Philippine Basketball Association. By using the Jaworski basketball as a giveaway, it would leave a deep impression on the winner as it is a very valuable gift and he will always remember that he won it from a San Miguel instant prize promotion.

How can this Instant Prize Promotion help to increase sales for San Miguel?

Both the Ginebra No. 7 jersey and Jaworski basketball are prized gifts and the winners of these prizes would have a lasting impression on the prizes. This would help to increase brand retention as these winners would constantly be reminded on San Miguel every time they see the prizes. Since they have won such valuable prizes through San Miguel, news can spread through word of mouth and customers would be encouraged to repurchase San Miguel for any chance that they might win another treasured prize. As more customers repurchase San Miguel products, the company’s sales would increase over the long run.