A long time ago in a galaxy far, far away there was a huge promotional presence throughout the world, from plush toys to cutlery, Star Wars ruled all. Kinnerton, the UK branded chocolate company, have created a fantastic Star Wars merchandise idea, offering customers the chance to get their hands on a limited edition Star Wars drinks bottle with the purchase of any milk chocolate egg. 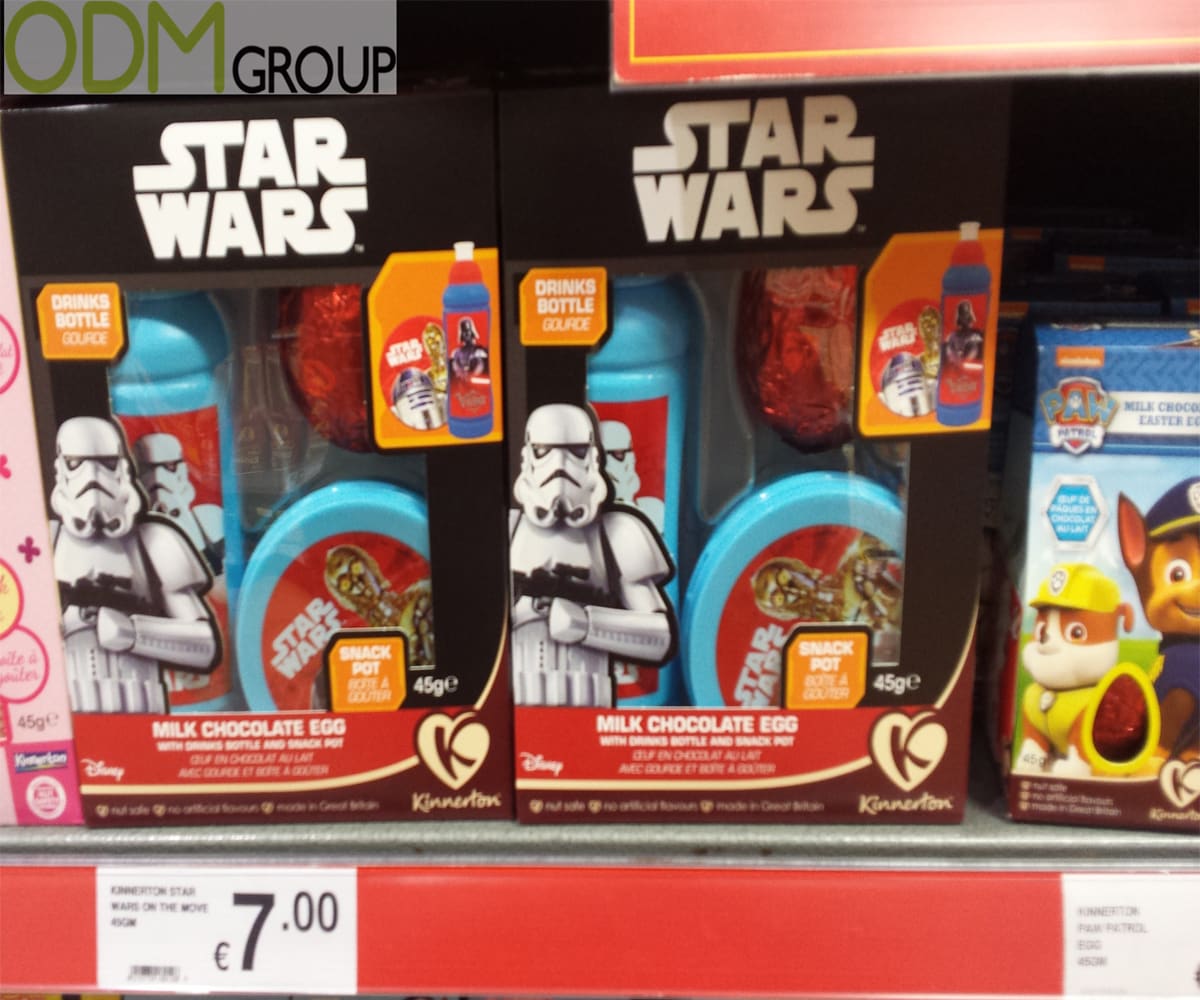 Kinnerton have quite the history in chocolate making. Starting in 1978 with a small office and a second hand car, Andrew Sellers and Clive Beecham, had the idea of making chocolates depicting the nation’s favourite children TV characters. This defining motion lead to them becoming pioneers in not just children targeted chocolate but one of the first producers of safe “nut free” chocolate.

“We take so much care to make all our chocolate, because we know that parents want to get the balance right between knowing that the chocolate is safe, tasty, and that their kids are going to really enjoy their treat” – Kinnerton. 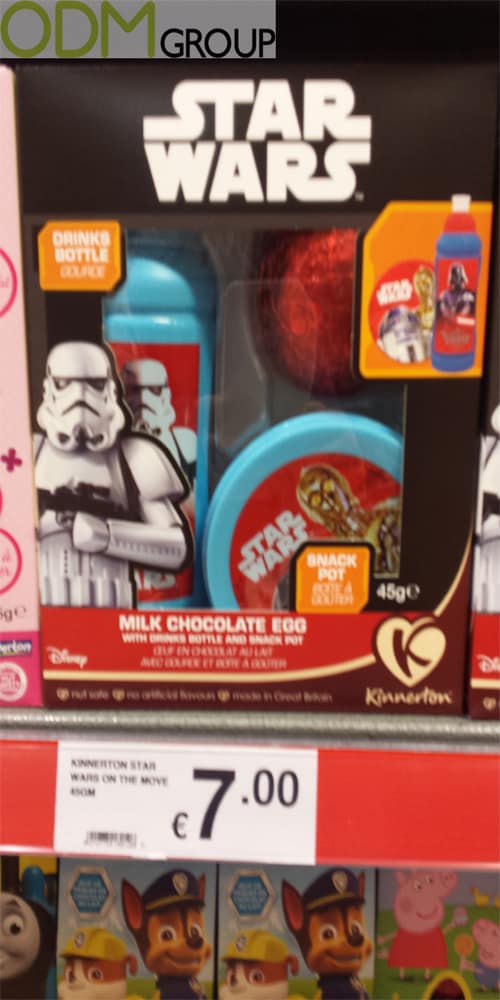 What we like about this Star Wars Merchandise Idea:

Here are some more Star Wars merchandise idea’s we like: